Why so many people are discovering the joys of Parkrun

Plus, five great bets for the new football season 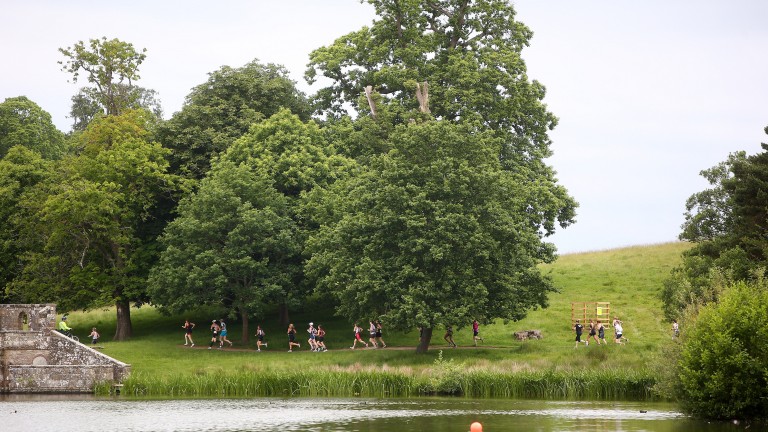 When it comes to anything new I’m always the last to discover it.

I’ve only just had my musical horizons broadened by the magnificence of Spotify, contactless payment is an incredible fresh invention in my eyes, and I was so late to Line Of Duty that in the week leading up to the screening of the final episode I had to ask a group of train passengers to stop discussing it because I was only halfway through series two.

And while everyone else seems to have been doing it for at least a decade it is only in recent weeks that I have started to experience the life-changing powers of Parkrun.

I had read about it for many years. As a hopelessly idle slob I consumed articles detailing the many benefits of the weekly 5km run with a mixture of intrigue, resentment and envy.

I desperately wanted to get off my lazy arse and see what it was all about but instead of doing just that I opted to hate the writers for their enterprise.

Deep down, though, I hated myself far more. I yearned to be out there feeling fit and healthy instead of lying on the sofa, invariably hung over, but I felt that at 52 my days of exercise, which had been curtailed by a ruptured ACL two decades earlier, were well and truly in the past.

But then I spoke to someone who had been in my boat before deciding they needed to take action and that’s how I was introduced to a fantastic free app called Couch To 5k, an NHS-endorsed aid designed to guide people from being incapable of even sprinting 30 yards for a bus to being about to run for 5km without stopping in just nine weeks.

It’s brilliant. You start with a couple of gentle 60-second jogs and then, in three half-hour sessions each week, work your way up until you can sustain a run for 30 minutes, covering more or less 5km.

And then you can do Parkruns, which is the best thing of all. The Racing Post office is awash with Parkrunners, all of whom offered advice and in some cases betting opportunities based on my first week’s time.

A quick word on practicalities if you do feel remotely inspired by this. You just search Parkrun, register and then print out your barcode, which is all you need to take with you to your first run. And get proper running shoes rather than trainers.

Then you just pick your local run, turn up ten minutes before the 9am start time, do a bit of gentle limbering up and you’re ready to go. A race director will welcome everyone, you’ll get a round of applause if it’s your debut, and then it’s time to run.

And a couple of hours after you have finished you’ll receive a text with your time and finishing position. Go to the website and you will see how you did against your personal best and how you have fared in comparison to the rest of your age and gender group worldwide.

But even though the monitoring of your performance is one of the main appeals of Parkrun, what strikes newcomers immediately is how friendly it all is, with classic British humour about the weather and claims of slow times being certain due to the state of calves, etc, being the general vibe at the start.

On the way round various volunteers cheer you on, almost all of whom get a “thanks marshal” by way of response, and if anyone shows signs of difficulty they are guaranteed to be asked if they are okay by fellow runners. It really is bloody great.

You can turn up, run and go home, or you can get more involved, either with a post-run coffee or by volunteering.

In just nine runs I have met a guy I used to play football with 25 years ago, a former colleague, the bloke three doors away who I had never previously done more than nodded at, and a nice chap called Chris who says he enjoys the Postcasts.

Best of all, though, I have realised I can lead a moderately active life a matter of months after I was convinced I was destined to spend my spare time on the sofa waiting for my arteries to fur up.

It is not without its drawbacks. My actual Achilles heels have become my metaphorical Achilles heel, and when you start using your leg muscles for something more strenuous than shuffling to the fridge for another beer you discover aches and pains in an exciting array of new locations.

But my Saturday morning 5k, augmented by a midweek spin of roughly similar duration, has revitalised my physical and mental wellbeing and for that I am extremely grateful to the creators of Couch To 5k and Parkrun.

This fabulous free phenomenon is enjoyed by around 150,000 people in the UK every week, and makes people feel like real athletes. And it has swept away my constant feelings of guilt that I was spending too much of my life in a state of inertia.

A year ago I may have read an article like this and wanted to throw darts at the writer. But having realised, with the help of the app, that I am able to maintain a light jog for three miles, I hope one or two others might believe they can too.

I once described T20 cricket as the greatest sporting invention of the 21st century but that is wrong. It is Parkrun.

For me the football season always starts with the publication of The Big Kick-Off, and Monday’s supplement once again triggered a feeling of excitement and a flurry of ante-post bets that will hopefully still be going strong next May.

Here are my top five conclusions from a cover-to-cover digestion of the 2019-20 edition of the BKO:

1 It will be a surprise if Tottenham finish anywhere but third
I don’t see Spurs ending up within seven points of another team. The top two from last season will once again be miles clear but Mauricio Pochettino’s team will be well ahead of the remainder. Therefore, 2-1 without the big two is a decent bet.

2 Leicester appeal in so many ways
When Youri Tielemans signed for the Foxes permanently I was convinced they would have a great season and that view has not diminished one iota. They look value for a top-four and top-six finish and 4-1 without the big six is a juicy price too. They will also be getting backed to win the handicap.

3 West Ham can thrive
Given Chelsea, Arsenal and United all face a challenging season, it is worth backing another team at a decent price to burst into the top six this term. West Ham could be ready to kick on, with exciting new signings Pablo Fornals and Sebastien Haller having arrived and bad apple Marko Arnautovic having slung his hook. Manuel Lanzini is fit, Declan Rice is top-notch and the Hammers are tempting at odds-against for a top-ten finish and at around 12-1 for the top six.

4 Keep the faith with Fulham
My most calamitous opinion this time last year was that Fulham were going to take the Premier League by storm. Their lavish spending spree went disastrously wrong and they came straight back down, but they have kept a lot of their top talent and have added some quality. It does not look as strong a division as last season and the Cottagers are back in the ante-post portfolio.

5 Portsmouth should be shorter
It is hard to see why there is such a gap between Sunderland and Portsmouth in the League One betting, and Pompey make far more appeal. They finished above the Mackems last season and nothing in the summer trading suggests they will be any weaker this time.

Multiple reasons to get annoyed at limitations

One aspect of ante-post football betting that has become increasingly irksome in recent years has been the difficulty in being able to place season-long match bets in multiples.

I often find myself taking a shine to three or four teams in a single firm’s list of match offerings but, with only one or two exceptions, it is impossible to get anything other than singles on.

It is a struggle to understand why this limitation exists. It cannot be because there is a material related contingency.

FIRST PUBLISHED 6:06PM, JUL 31 2019
As a hopelessly idle slob I consumed articles detailing the many benefits of the weekly 5km run with a mixture of intruigue, resentment and envy