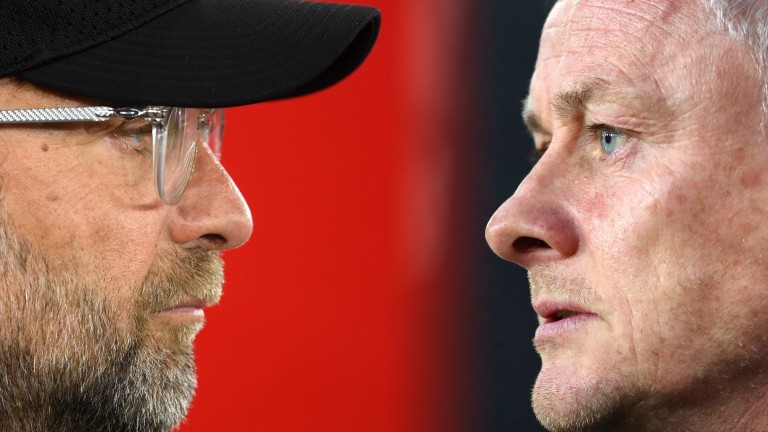 Manchester United are the only team to have avoided defeat against Liverpool in this season's Premier League but how did they do it?

Ole Gunnar Solskjaer, a man seen by many as not good enough for United's long-term ambitions, must wonder if there is some kind of agenda against him.

He repeated the trick against Klopp in a 1-1 draw at Old Trafford in October. He has also got the better of Jose Mourinho, Brendan Rodgers, Nuno, Frank Lampard and even Pep Guardiola, and he has done it by setting a team up to frustrate elite opponents before hitting them on the counter.

That's what they did in the reverse fixture, using a 5-2-1-2 formation in which Dan James and goalscorer Marcus Rashford were used as wide forwards with Andreas Pereira playing a hybrid role, sometimes dropping deep and at others playing  as a false nine.

Klopp had to tinker from his preferred 4-1-2-3 to 4-2-3-1 and finally found a solution in a 4-2-4 shape with substitute Adam Lallana converting Andy Robertson's cross.

However, United had generally done better than most at nullifying Robertson and fellow flying full-back Trent Alexander-Arnold. On that occasion Liverpool's cross success rate was down ten per cent on their average of 27.6 as Solskjaer used his wing-backs high to put pressure on the dynamic duo.

Jose Mourinho, speaking about Klopp afterwards, said: "He didn’t like the menu. He likes meat and he got fish. They are much stronger against opponents who give them a chance of transitions and counter-attacks. United didn’t do that."

Klopp tends not to like the menu against United, beating them just once in eight Premier League matches. It's not much for United fans to cling to but it's better than nothing.