Hard to separate England and Belgium with changes likely 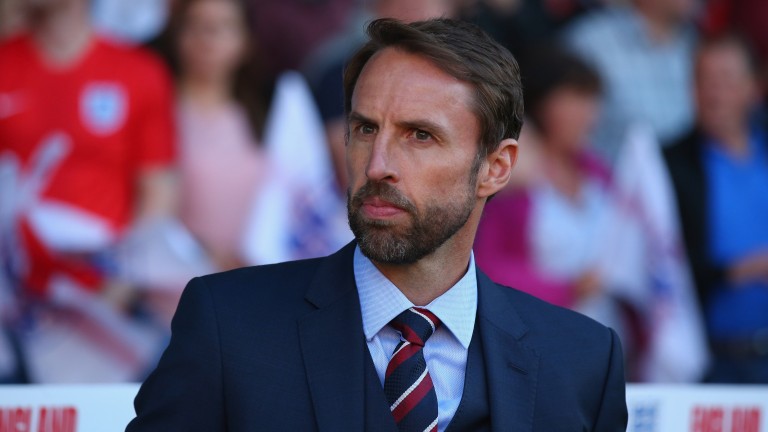 The excitement of England's World Cup campaign was deflated by their semi-final loss to Croatia but Gareth Southgate can look back with satisfaction - and his fringe players can do Three Lions fans proud by putting in a decent performance in the third-place playoff against Belgium in Saint Petersburg.

It is a game both teams could have done without and there is a strong chance the managers will reward players who have been largely overlooked for starting places.

There may be a handful of first-team regulars retained and the race to be the tournament's top scorer - Belgium's Romelu Lukaku is two goals behind England's Harry Kane - provides an interesting storyline.

However, Southgate and Belgium boss Roberto Martinez will also have an eye on the future and won't want to damage relationships with some of the clubs by using players who are mentally and physically fatigued.

Assuming it is largely Belgium reserves versus England reserves, punters will have a pretty good idea of what to expect because the teams sent out second-string sides for their Group G contest in Kaliningrad - both had already qualified for the last 16 by beating Tunisia and Panama.

Belgium were the better side on that occasion and deserved their 1-0 victory but it was a game of few clear-cut chances and Thibaut Courtois was required to make an excellent save to deny Marcus Rashford a second-half equaliser.

England started that contest as narrow favourites but the match result market has a very different look this time with Belgium a shade of odds-against to win inside 90 minutes.

Belgium have had the extra day to get over their World Cup elimination, and their semi-final did not go to extra-time, as England's did. But given the strong likelihood of wholesale changes, it is doubtful whether the extra preparation time and freshness will be a major factor.

Adnan Januzaj was the Red Devils' matchwinner in Kaliningrad, scoring his first goal at senior international level, and the former Manchester United man should be handed another chance to impress.

He gets a 14-1 quote to score the first goal but a better option is to side with his teammate Thorgan Hazard who is 14-1 to net first and 5-1 to notch at any time.

At international level Hazard is a still battling to emerge from the shadow of his older brother Eden. However, he is now 25 and firmly established at Borussia Moenchengladbach, where he netted ten league goals last season.

He was a regular scorer for Belgium in international youth football, netting ten goals in 23 games for the Under-19s and nine in 15 for the Under-21s, and this may be his chance to press his claims to be sleected more often.

England's likely line-up features fewer goal threats and there will be an onus on the forwards to deliver.

Rashford could be a candidate to take over free-kick duties with Kieran Trippier and Ashley Young, the first and second choices, likely to miss out.

Eric Dier, a regular free-kick taker during the Roy Hodgson era, may also be considered and is 33-1 to score the opening goal.

Overall, it is a game which is unlikely to set the pulse racing and the pattern could be similar to the group-stage contest which featured just six shots on target – two from England and four from Belgium.

Another tight match is likely and it may be heading for extra-time.

Belgium
Team news
Thomas Meunier is available after serving a suspension. Changes are expected but Roberto Martinez could decide to stick with Romelu Lukaku, who is two goals behind Harry Kane in the scoring charts.

Strengths
Their midfield caught the eye in Kaliningrad with Youri Tielemans impressing most.

Weaknesses
Belgium kept a clean sheet against England in their group game but their largely second-string back three can be got at if England play at a higher tempo.

Key man
Belgium's so-called golden generation fell just short but they have some talented players coming through and 21-year-old Tielemans could be a key player for them at Euro 2020.

England
Team news
Gareth Southgate is expected to make wholesale changes but everybody took part in training on Friday.

Strengths
There are concerns over the depth of England's squad but they have plenty of decent wing-back options, including Trent Alexander Arnold and Danny Rose, who could both start.

Weaknesses
The first-choice midfield wasn't strong enough against Croatia but the second-string line-up were worse when they struggled against Belgium in Kaliningrad.

Key man
Jamie Vardy's World Cup has never really got started and at 31 he might not get another chance at a major tournament. He will be desperate to impress and could be England's danger man if he starts.

Key stat
England have lost only once in regulation time in their last 16 matches.