Who will win the Six Nations? Tournament preview, team analysis and best bets

England can take confidence from a strong 2019 showing 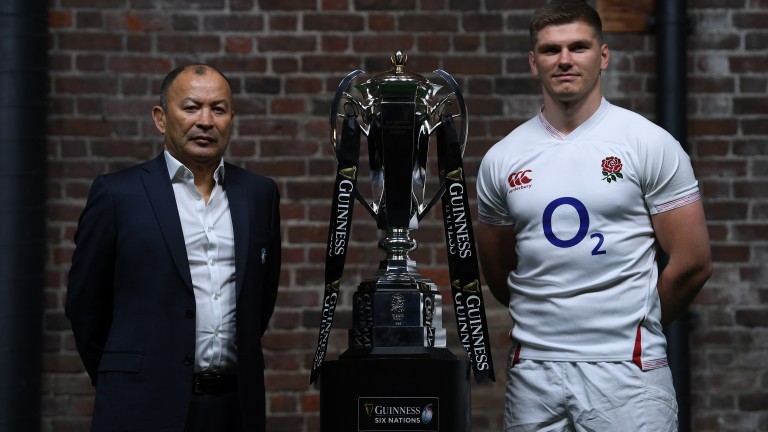 England could be the team to beat in the Six Nations under the stewardship of Eddie Jones
Mike Hewitt
1 of 1
By Graham Woods UPDATED 5:35PM, FEB 2 2020

The Six Nations is a tournament that throws up so many twists and turns that backing any team to win it at odds-on can be fraught with danger, but it’s easy to see why England are such warm favourites to land the title.

But their charge to the Rugby World Cup final last autumn showed them at their physical best, and they have the advantage of a settled set-up in a year when four new coaches are stepping in and an established style of play with an attack that appears well ahead of that of their rivals.

This is how the final standings could play out.

England coach Eddie Jones can never be accused of a lack of ambition. “We want to be the greatest team the game of rugby has ever seen,” is his stated target as he prepares for his fifth Six Nations campaign.

His side fell short last year, both in the Six Nations where they could not deny Grand Slam-chasing Wales, and in the Rugby World Cup, where they were well beaten by South Africa in the final.

But there is plenty to take from their 2019 showing and it’s not just down to results. Their relentless physical forward play gives them plenty of go-forward, and that is paying dividends in their attacking output. 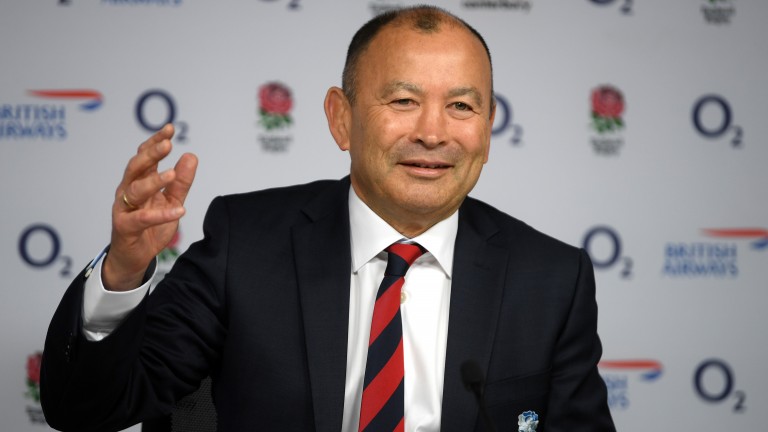 Can Eddie Jones lead England to glory in the Six Nations?
Mike Hewitt

The evolving world game is putting more emphasis on attack and England are well ahead.  Their tally of 24 tries in last year’s Six Nations was the second-highest in the tournament behind their own tally of 29 in 2001.

Facing France first in Paris might be seen as a negative but it could be the perfect time to take on Les Bleus, who have been completely overhauled under new coach Fabien Galthie.

The French have been well backed but may take some time to get into their stride.

Injuries are a familiar headache for coaches and the absence of number eight Billy Vunipola leaves a bigger hole than most, but England also boast the squad with the most depth.

Ireland and Wales, the last two Six Nations winners, both make the trip to Twickenham and England have all the ingredients to land their first slam since 2016.

Ireland went into 2019 as Grand Slam champions but started the year with a shock home defeat to England and ended it by bowing out of the World Cup at the quarter-final stage yet again.

Midway through they had hit the number one spot in the world rankings but it was a disappointing note for Joe Schmidt to end his hugely successful tenure.

The reins are passed to Andy Farrell, who was Schmidt’s number two, so there is some continuity there and apart from the retirement of skipper Rory Best, the Irish have relatively few squad changes to deal with.

Two home fixtures to open their account is a plus, especially over the short haul of the Six Nations where early defeat is such a tough blow to recover from.

Trips to Twickenham and Paris won’t be easy and the fitness of injury-prone fly-half Johnny Sexton will always be a concern. Topping the table looks set to prove beyond Ireland but they have solid claims to be best of the rest.

Starting life under a new regime is always hard, but when nearly all of the players have known only one coach in their time it becomes even more difficult.

Alun Wyn Jones earned the first of his 134 Wales caps before Warren Gatland’s arrival in 2008, but the long-serving Kiwi boss has set his stamp on this Wales squad and new supremo Wayne Pivac has arrived with the intention of reshaping their game. It could take a bit of unpicking.

Gatland proudly proclaimed his team had “forgotten how to lose” when they turned a 16-0 half-time deficit in Paris last year to a 24-19 victory. But they struggled again against the same opponents at the World Cup, trailing from the fifth minute before hitting the front with five minutes to go against 14 men.

Gatland found a way to get his players to scrap and keep digging deep, but the coming weeks may show whether that spirit has stayed.

Pivac wants his team to move the ball and attack with more ambition - they achieved the Grand Slam last year with no bonus points and just ten tries scored, the same number as bottom team Italy.

That looks set to be a gradual process, especially with fly-half Gareth Anscombe still out and centre Jonathan Davies joining him on the injured list.

The Jacques Brunel era ended with a bit of a whimper for France, reduced to 14 men in the World Cup quarter-final against Wales and losing to a try five minutes from time in a game they had led almost from the off.

Throwing away winning positions was nothing new for Les Bleus, who led 16-0 at half-time in their Six Nations opener last year before going down 24-19.

They came close than anyone to beating the Grand Slam champions the previous year too, beaten 15-13 by Ireland thanks to a drop goal with the clock well in the red.

France have shown they can do it, they just don’t do it often enough, but incoming coach Fabien Galthie has set about a complete overhaul.

There are 19 uncapped players in the 42-man squad with an average age of 24, and punters who have backed Les Bleus down from 20-1 to 13-2 since the World Cup must be hoping the new roster will bring about a change of attitude.

That view is only reinforced by the appointment of  defence coach Shaun Edwards, who surely won’t stand for any Gallic indifference or inconsistency. But this looks to be a long-term project with the 2023 Rugby World Cup, hosted by France, in mind, and such a lack of experience may be apparent in their opening fixtures.

For all their progress and promise Scotland had a 2019 to forget, winning only one match in the 2019 Six Nations and going out of the World Cup at the pool stage.

Long-serving captain and goal-kicking scrum-half Greig Laidlaw called time on his international career after that tournament and 2020 started with an even bigger blow as fly-half Finn Russell, rated as one of the finest playmakers in the game, was sent home from the squad for breaking protocol.

Stuart Hogg, the other world-class player in their squad along with Russell, has stepped up to the captain’s role but coach Gregor Townsend will have to get his new half-back pairing right if he is to get the most out of a talented backline.

There are questions up front and the schedule counts against them too. Scotland have won just seven of 50 away matches in the 20 years since the Five Nations became Six - five of those in Italy - and they face three road matches in this campaign with tournament favourites England one of the visitors to Murrayfield.

It could all come down to another showdown in Rome to decide the wooden spoon.

The Azzurri haven’t won a Six Nations match since 2015 and even a losing bonus point proved beyond them last season. With a caretaker coach and their best player Sergio Parisse reduced to a bit-part role it’s hard to see where any kind of improvement is going to come from.

Conor O’Shea endured a frustrating time as head coach and while there is no doubt he oversaw plenty of improvement, the teams above them have always been progressing faster.

The new man in charge is South African Franco Smith, who should be well known to the players having been in charge at Treviso for nearly ten years over two spells.

There’s some good news for Italy as their try tally has steadily increased under O’Shea and exciting full-back Matteo Minozzi, who caught the eye in 2018 but missed out last year through injury, is fit and firing.

Any disquiet in the Scotland camp will be welcome news in Rome - where the nations meet in round three.