England could benefit from Euro 2020 postponement 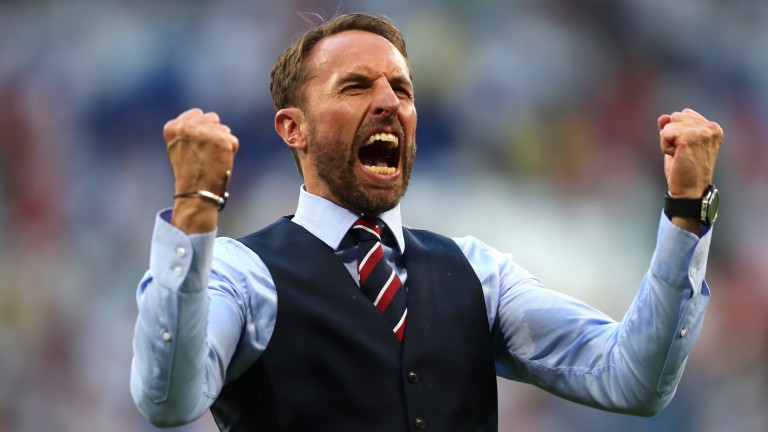 The impact of the coronavirus pandemic extends well beyond the world of sport but there's no ignoring the seismic reshuffle the outbreak will force on the football calendar.

Uefa have been under pressure from the Italian FA and others to move this summer's European Championships to 2021 and they announced on Tuesday that that would be the case.

The decision makes sense but thinking ahead to a post-pandemic world, what impact will this have on the nations taking part?

Some would have arguably had a better shot at success if the tournament had been played this year, but others could prosper from the delay.

Holland
At a best-priced 7-1, Holland were the dark horses for many punters going into this summer's tournament and the one-year delay could render the Oranje even stronger.

The Dutch are a youthful side, blessed with talent including 21-year-old Donyell Malan, who has scored 11 league goals for PSV this season. Their starlets could do with another 12 months to mature while the young bedrocks of the team Frenkie de Jong and Matthijs de Ligt will now have an additional year to master their craft at giants Barcelona and Juventus.

They were dealt a massive blow earlier this year when Memphis Depay, arguably their key attacking threat, sustained a knee injury at Lyon, potentially ruling him out of Euro 2020.

But with the tournament postponed, there is plenty of time for the former Manchester United forward to work his way back to full fitness in time for the rejigged competition.

Turkey
Turkey were knocked out in the group stage at Euro 2016 and their hopes of bettering that finish in 2020 took a knock when it was announced that striker Cenk Tosun would miss the tournament with a knee ligament injury.

They can now expect to start the next European Championship with those individuals fit and ready to fire.

England
For many this looked like being England's tournament. After a semi-final berth in Russia two years ago, Gareth Southgate's men have been working towards winning their first continental crown.

They were the 9-2 favourites to win the trophy before the pandemic and with the semi-finals and final scheduled to be played at Wembley, it was shaping up to be a summer to remember for the Three Lions.

We may still see those scenes of wild pub congregations and Harry Maguire's thumping headers, but not until at least 2021.

There was still an element of doubt over the fitness of England's two main strikers Harry Kane and Marcus Rashford and, like Holland, England have a squad of players on the right side of 30 who could peak just as the delayed tournament rolls around. Euro 2021 may not be a bad thing after all.

Belgium
As well as the dazzling starlets, there are the fading galaxies and time has long been running out for Belgium's golden generation.

Edged out 1-0 by tournament winners France in the semi-finals of the 2018 World Cup, the Red Devils have been on the cusp of greatness for several years and this tournament was supposed to be their time to shine.

They may still well do but that task is made much harder by an ageing rearguard featuring Jan Vertonghen and Toby Alderweireld, who will be 34 and 32 respectively next summer.

Both have shown signs of deteriorating at Tottenham this term and another year could see them pushed out of their club side altogether.

Eden Hazard's persistent injury concerns at Real Madrid is one reason why Belgium could benefit from the delay, but it remains to be seen if the former Chelsea player can recapture his old form and the bulk of their key players are passing their peak.

Croatia
The Croats went one better than Belgium two years ago but are in a similar position.

Since losing to France in the World Cup final, they have finished bottom of their Nations League section in a campaign featuring a 6-0 drubbing by Spain.

Although they topped their mediocre Euro qualifying group, their recent matches have been punctuated by a sense of lethargy which was most noticeable in a draw with Azerbaijan and defeat to Hungary.

The players their success has been built around are not far from hanging up their boots. Skipper Luka Modric (34), vice-captain Ivan Rakitic (32) and 26-goal Ivan Perisic (31) have a combined age of 97 and could struggle to shoulder the burden of success after another 12 months have ticked by.

Portugal
Last but not least, the reigning champions will surely suffer as a result of a 2021 competition.

While they have players in Bernardo Silva and Bruno Fernandes who are ready to take the creative baton off Cristiano Ronaldo, CR7's powers will surely decline with a delay.

At the age of 35 he has still managed 21 Serie A goals this term but by his exceptional standards he has dropped off a touch since moving to Juventus and may not have the endurance to carry his side through the difficult times, as he did in Euro 2016.

FIRST PUBLISHED 4:03PM, MAR 17 2020
England have a squad of players the right side of 30 who could peak just as the delayed tournament rolls around