What has happened to ground advantage without fans in Premier League and beyond?

Figures vary across the divisions 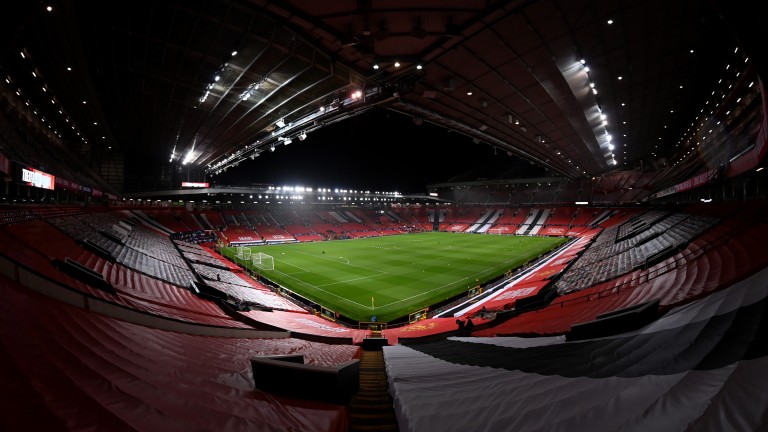 Visitors to Old Trafford have been greeted by empty stands
Laurence Griffiths
1 of 1
By Kevin Pullein 5:16PM, MAR 11 2021

Cast your mind back to the days before coronavirus. There were spectators in football grounds. For many games the impact on the win/draw/loss odds of the difference in ability between the teams should have been smaller than the impact of the venue.

How many games? It varied from competition to competition and from season to season. Typically? Maybe a third of games. So the venue should have been a significant consideration for football bettors.

Then coronavirus came along. Fans were banned. How has playing games in empty stadiums affected ground advantage? It is not a simple question to answer.

Let us start with the Premier League.

How can we explain this? You might say that playing without spectators was a novelty last season and teams did not know what to make of it but this season they have got used to it. You might be right. But then, how can we reconcile the stats from the Premier League with the completely opposite stats from the Championship?

In the Championship this season home teams have scored 55 per cent of all goals. Without fans last season they scored 51 per cent. Across the previous ten seasons they scored 56 per cent.

This is why science is so often wrong, especially social science. Drawing right conclusions about human behaviour is not easy. A social scientist can ask a question and try to answer it by gathering data on a group of people. Their research methods might conform to current best practice. Their maths might be flawless. But if they had studied another group of people they could have found something else.

What has happened in Spain in La Liga, in Italy in Serie A, in Germany in the Bundesliga and in France in Ligue 1?

Ligue 1 did not finish last season. Like the bottom two divisions of the EFL in England, it stopped and did not return. In the ten seasons before last season home goals percentage was 58 per cent. This season it has been 51 per cent. There ground advantage seems to have all but disappeared.

Why has the experience of playing in empty stadiums differed from time to time, from competition to competition and from country to country?

This is my best guess. It is only a guess. Anyone who tells you they know is deceiving themselves or you, maybe both. My best guess is that when football at a high level has been played without fans ground advantage has been reduced but not eliminated – reduced by an amount we cannot quantify accurately, around which there has been a lot of noisesome variation.

Players were conditioned into performing differently home and away. They may still be doing so to a smaller extent, in some places getting less than they deserve and in other places more. Whether they would carry on doing so if stadiums remained empty for a really long time we do not know. Hopefully we will not have to find out. Let us cast our minds forward now to better days that may lie ahead.