What happened today may not be what happens tomorrow 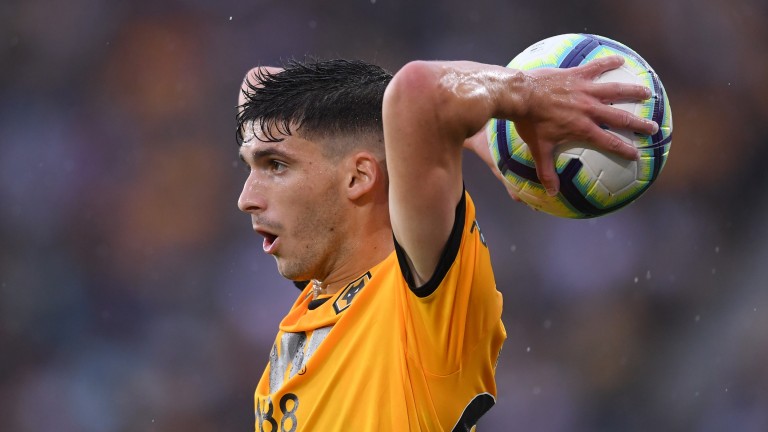 Throw-ins are an overlooked but important aspect of football
Laurence Griffiths
1 of 1
8:01PM, SEP 28 2018

Newly-promoted Accrington lost their first Sky Bet League One game this season. At home. To Gillingham. You can imagine what people said. They were out of their depth. They would go straight back down. Accrington have not lost in eight League One games since then.

Be wary of obvious reactions. Even when they are right, the odds will be wrong. Because they get into the odds. Too often the obvious conclusion is not right. “What everybody echoes as true today may turn out to be falsehood tomorrow, mere smoke of opinion”, said the 19th century writer Henry David Thoreau.

Opening-day winners included Preston in the Championship and Scunthorpe and Wimbledon in League One. Then Wimbledon went five games without a win, Scunthorpe went six without success and Preston are still without another victory after eight.

Never draw any conclusion from one match.

You would never guess as you listen each week to heated debates about last weekend’s results. How much energy is wasted arguing over things that signify nothing? On television, on radio, in newspapers, between friends.

Some fans get angry, others feel happy. Pundits replay each goal in slow motion and try to explain why the ball ended up in the back of the net rather than being cleared into a stand.

And what does all of that tell us about what might happen next weekend when the teams play again? Nothing.

Always be suspicious of the obvious conclusion, even when it is drawn from two, three or more previous results.

Hunter S Thompson, who liked to bet, wrote in a book on the 1972 US election: “I had never covered a presidential campaign before I got into this one, but I quickly got so hooked on it that I began betting on the outcome of each primary – and, by combining aggressive ignorance with a natural instinct to mock the conventional wisdom, I managed to win all but two of the 50 or 60 bets I made between February and November.”

In an article on the 1974 Super Bowl in Rolling Stone he wrote: “There is a definite, perverse kind of pleasure in beating the ‘smart money’ – in sports, politics, or anything else – and the formula for doing it seems dangerously simple: take the highest odds you can get against the conventional wisdom – but never bet against your own instinct or the prevailing karma.”

It is not something to do all the time, but when you do bet, much more often than not, it is the thing to do.

In a 1959 Billboard top-ten hit Dinah Washington sang: “What a difference a day made/Twenty-four little hours/Brought the sun and the flowers/Where there used to be rain.” Tomorrow is not today.

About time. Liverpool let slip last month that they employ a throw-in coach. Sixty-two years ago, in a book called Soccer Revolution, Willy Meisl asked: “Why is so little constructive thought given to a move which appears brimful with possibilities?”

He said: “There are, on the average, 60 throw-ins in a soccer match.” Today the average is lower, about 45, but that is still a lot.

Meisl favoured a fast throw. “Taken by the player nearest to the spot as quickly as possible, having learnt a few basic moves from the throw-in, and with every player in the side capable of throwing the ball a reasonable distance with certainty and aim, the throw-in is a marvellous weapon, more valuable than most free kicks.”

Opta say that in the Premier League a goal is scored from a “throw-in scenario” only once every 95 games. Uefa put the ratio in the Champions League at once every 70 games. Fifa say that at World Cups it is once every 65 games.

I suspect those figures are so poor because they count mostly, and perhaps only, goals from long throws. Uefa stats for European Championships reveal how each goalscoring move started, and these suggest a goal is scored from a move that began with a throw once every seven games. It should be even more often.