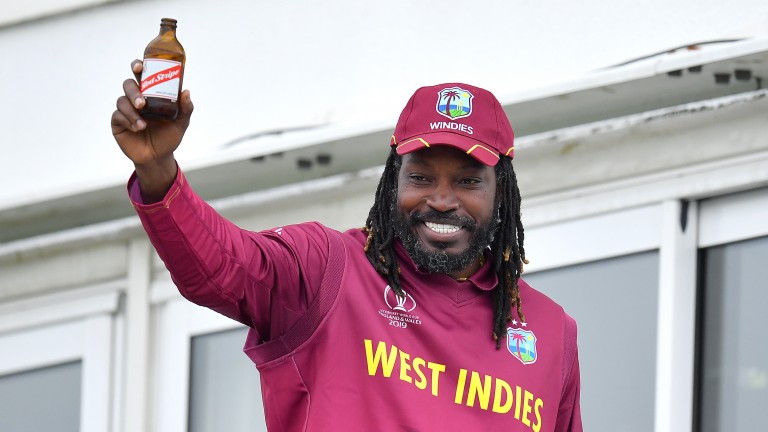 Chris Gayle hasn't had much recent success to toast against India
Clive Mason
1 of 1
By James Milton 4:32PM, AUG 10 2019

The first ODI between the West Indies and India was rained off after 13 overs but the forecast is better for Sunday's second game in Trinidad.

The most notable aspect of the opening game was Chris Gayle's painful innings of four off 31 balls which ended when he was bowled by spinner Kuldeep Yadav.

A strike-rate of 12.9 runs per 100 balls isn't what fans of the Universe Boss expect but Gayle struggled against some high-class new-ball bowling from Bhuvneshwar Kumar and Mohammad Shami and he is worth opposing again.

Bet365 have chalked up his performance line at 38.5 and Thursday's failure means the veteran Jamaican has reached 40 only once in his last 14 ODIs against India. He made only six off 19 balls in June's World Cup clash with the Indians at Old Trafford.