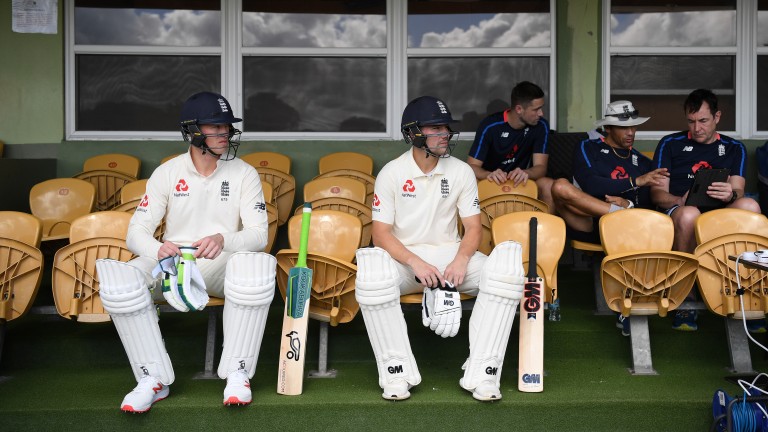 England's 3-0 Test series win in Sri Lanka was their first away whitewash since 1963 but bookmakers don’t expect them to have to wait long for another thumping victory on the road.

A 3-0 win over the West Indies is the favourite in the series correct-score market and England are banking on their all-round depth to overcome their hosts.

However, the series starts at the Kensington Oval in Barbados, where England were defeated in 2015 after being rolled over for 123 in their second innings.

Batting depth could be a key factor in this series and doubts remain over England’s top order, with openers Rory Burns and Keaton Jennings aiming to cement their places.

Jonny Bairstow scored a century against Sri Lanka in his first innings at number three and he may be called into action early in England’s first innings of this series.

Bridgetown hasn’t been a happy ground for opening batsmen in recent years. The first wicket fell with the score at nought, nought, 11 and 35 on England’s 2015 visit to the Kensington Oval while two subsequent Tests there yielded opening stands of 12, 155, eight, ten, three, nought, one and nine.

New Zealand’s top two put on just 17 and one in 2014 with paceman Kemar Roach dismissing Tom Latham in both innings, so England’s first-wicket runs line of 28.5 looks too high.

Roach, who forms a dangerous new-ball partnership with the resurgent Shannon Gabriel, can eclipse bet365’s performance line of 90.5 with one point awarded per run, ten per catch and 20 per wicket.

He averages a shade under five wickets per Test in Bridgetown, with 24 scalps in five appearances, and his performance make-ups include 141 against Australia, 167 against New Zealand and 110 against South Africa.

Roach is capable of troubling an undercooked England batting unit and he also chipped in with 34 unbeaten runs in last year’s Barbados Test against Sri Lanka.

His England counterparts James Anderson and Stuart Broad will be looking forward to a crack at the Windies after playing limited roles in the Sri Lanka series victory.

They may well do some damage with the new ball but the hosts have a strong middle-order and wicketkeeper Shane Dowrich looks a big price to top-score in the first innings.

As a Barbados player, Dowrich knows the venue well, scoring 81 and 65 there in a domestic game against Guyana at the start of the month.

His Test record is solid, with two centuries in his last 22 innings and 71 – just pipped by Holder’s 74 – against the Lankans in his last Test match at the Kensington Oval.

The Windies were reduced to 8-3 in the first innings of that game and 14-5 second time around, so Dowrich may be required to do another rebuilding job on his home ground.

The West Indies beat England in 2015 and Pakistan in 2017 at the Kensington Oval before being blown away by Sri Lanka’s quick bowlers last June.

Batting against the new ball can be a real test, especially on the first morning and five of the last eight Tests have been won by the team betting second.

Uncapped opener John Campbell could make his West Indies debut and Bravo, who played his last Test in November 2016, has been recalled. Paceman Alzarri Joseph returns after a stress fracture to his back.

England fast bowler Olly Stone has been ruled out of the tour through injury, with Mark Wood replacing him. Spinners Jack Leach and Adil Rashid, central figures in the series win in Sri Lanka, are likely to miss out in Bridgetown.

Cloudy and breezy on days one and two; sunny on days three and five; possible showers on day four. Temperatures from 24C to 28C.