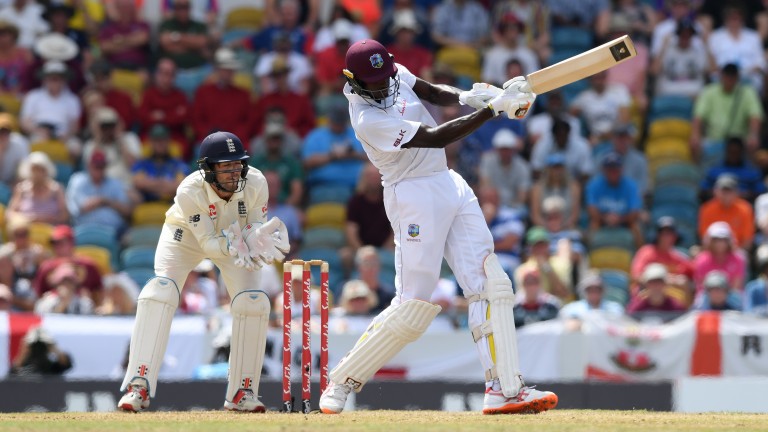 England’s lower-order batsmen have frustrated plenty of opponents over the past few years but the boot was on the other foot during the third morning of the first Test in Bridgetown.

The West Indies began the day with a commanding lead of 339 runs and seventh-wicket pair Shane Dowrich (61 not out) and Jason Holder (80 not out) offered England no respite with a rollicking unbroken stand of 117.

Home skipper Holder was particularly severe on leg-spinner Adil Rashid, whose seven overs went for 42 runs, and England – bowled out for 77 in their first innings – must brace themselves for another trial by pace in the second innings.

Ben Stokes, an 11-2 shot with Sky Bet, was tipped to top-score in England's second innings in this morning's day-three preview on racingpost.com.