Back Blues for another efficient display 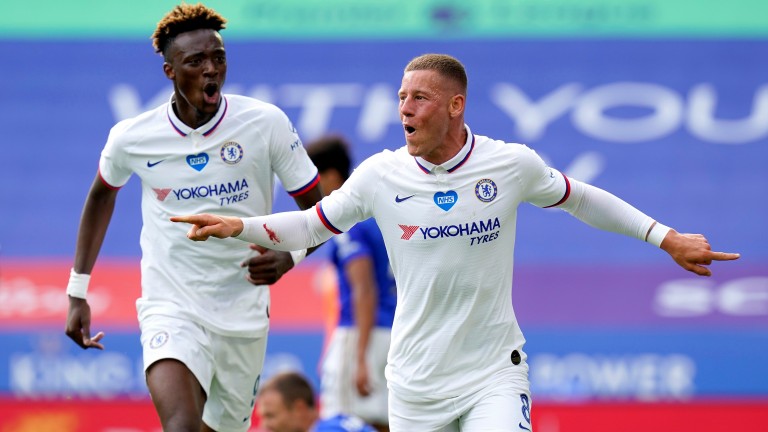 West Ham
Sebastien Haller is unlikely to feature after picking up a knock in training and Robert Snodgrass is a definite absentee. Arthur Masuaku is pushing for a recall.

With an FA Cup semi-final spot secured, Chelsea turn their attention to nailing down a Premier League top-four finish and they can strengthen their credentials with victory at relegation-threatened London rivals West Ham.

The games are coming thick and fast for Frank Lampard’s Blues - this is their fourth match in ten days - but they have passed each test with flying colours and should have the attacking resources to overcome the unhappy Hammers.

Since football’s resumption, Chelsea have claimed 2-1 Premier League wins over Aston Villa and Manchester City and they were equally as efficient in their FA Cup quarter-final tie at top-four rivals Leicester, triumphing 1-0 courtesy of a second-half strike from substitute Ross Barkley.

The Blues are creating a real impression under club legend Lampard and such is their strength in depth - Tammy Abraham, Matteo Kovacic, Pedro and Jorginho were all on the bench for the win over City - they are able to cope with the challenge of a quick turnaround.

The signings of exciting talents Timo Werner and Hakim Ziyech for next season highlight their ambition and make securing Champions League football all the more important.

With Wolves and Manchester United breathing down their neck, fourth-placed Chelsea can’t afford many slip-ups, particularly against a West Ham who are desperate for points.

The Hammers are outside the relegation places on only goal difference and collecting just five points from their last 11 Premier League fixtures shows the difficulty of the task David Moyes is facing.

West Ham have suffered 2-0 defeats against Wolves and Tottenham since the Premier League returned and there has been little sign that they have the quality or the character to dig themselves out of trouble.

Moyes’s men have forced just four shots on target across two laboured displays and have failed to score in five of their last eight league games.

With the supremely talented Felipe Anderson failing to match last season’s heroics and leading scorer Sebastien Haller sidelined, West Ham are suffering in the final third and they are unlikely to get much joy against confident Chelsea.

West Ham were shock 1-0 winners at Stamford Bridge in November but Chelsea failed to make the most of their chances and there is significantly more pressure on the Hammers to deliver this time.

Given the position the teams find themselves in, it’s no surprise to see Chelsea a short price to claim a sixth consecutive win. But those seeking some extra value should opt for the Blues to win & under 3.5 goals.

Nine of Chelsea’s last ten league successes have featured three or fewer goals and West Ham’s lack of belief and attacking threat should mean they will defend deep and try to stay in the contest for as long as possible.

There have been two or fewer goals in the teams' last five Premier League meetings.

Not got a Coral account? Sign up today and get £30 in free bets when you place a £10 bet

Open a betting account with Coral through our site and when you place your first bet on horse racing (£10 or more) they'll give you 3 x £10 free bets. 18+. UK+IRE New Customers Only. First bet at least £10 or £10 each-way, at fractional odds totalling 1/2 or greater. Free Bets credited as 3 x £10. Free bet valid for 7 days. Free bet will not be included in any winnings. T&Cs Apply