Burnley are no longer a soft touch on the road 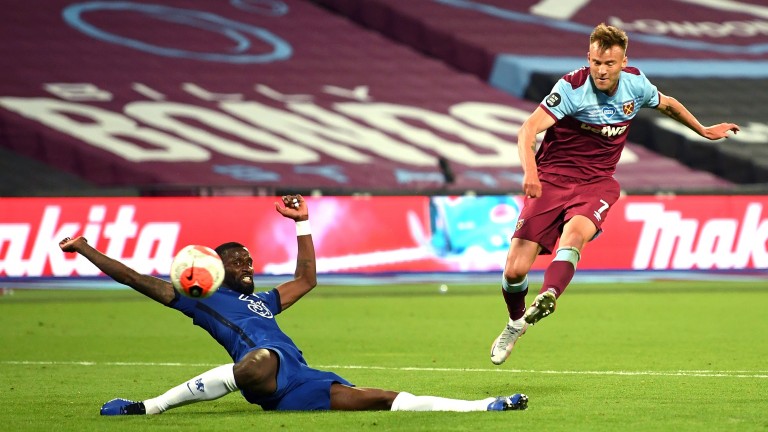 West Ham
Sebastien Haller could return after a hip injury but Felipe Anderson and Robert Snodgrass are both out.

A win over Chelsea and a draw against Newcastle mean West Ham have grabbed the initiative in the battle against Premier League relegation, but that doesn't mean they should be backed at a short price to beat in-form Burnley.

Andrei Yarmolenko's late winner against Chelsea, which owed as much to the Blues chasing a winner to the Ukrainian's tidy finish, gave David Moyes a crucial lift, but they have to demonstrate they can build on it.

Defensive wobbles are still a concern and while a sometimes hostile crowd may have played a role in the Hammers keeping just one clean sheet in their last 13 home matches, they cannot consider themselves out of the woods yet.

Offers of around even money about a home win represent little value and Burnley's chances appear to be underrated.

There are noises in the Turf Moor camp that they could still make a push for a Europa League spot, which would be dependent of Manchester City's Champions League ban being upheld, and Sean Dyche's side are no longer a soft touch on the road.

Points taken outside Lancashire were once rare commodities but the Clarets have won five of their last ten away matches and their 5-0 thumping at Manchester City was the only defeat they have suffered in their last 11 outings.

Chris Wood and Johann Berg Gudmundsson being used as substitutes against Sheffield United after injury is a good sign that they are geared to finish the season strongly and it is worth chancing they can maintain their decent form.

FIRST PUBLISHED 5:21PM, JUL 7 2020
The Clarets have won five of their last ten away matches