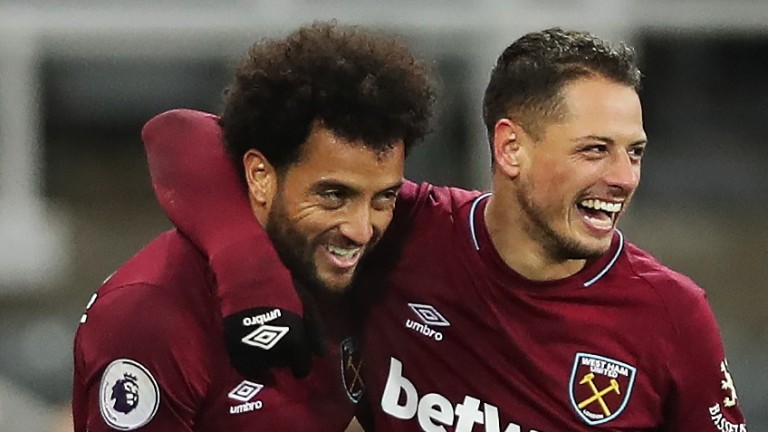 Felipe Anderson (left) and Javier Hernandez could cause problems for Watford
Ian MacNicol
1 of 1
By Joe Champion 8:03PM, DEC 21 2018

West Ham have recorded a four-match winning run in the Premier League for the first time since February 2014 and have a great chance of making it five in a row with victory over Watford.

The Hammers have had bad luck with injuries this season but that has not stopped them scoring goals. Manuel Pellegrini’s men have notched 11 times in seeing off Newcastle, Cardiff, Crystal Palace and Fulham and now have a leaky Watford team in their sights.

The Hornets have conceded at least two goals in each of their last five games, including twice when seeing off Cardiff at Vicarage Road last time out, and tend to show their best form at home, where they have picked up 15 of their 24 points.

Team news
West Ham
Jack Wilshere is sidelined with an ankle injury but Lucas Perez could return. Marko Arnautovic, Andriy Yarmolenko and Manuel Lanzini are among several missing for the Hammers.

Watford
Etienne Capoue is back from suspension but Andre Gray, Will Hughes, Sebastian Prodl and Adalberto Penaranda are all absent.

Key stat
Watford have won just one of their last six Premier League away matches.