Flourishing Forest can maintain their progress 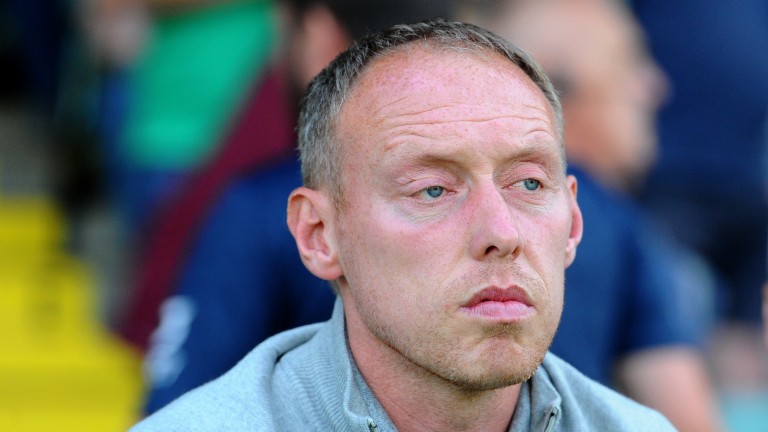 Nottingham Forest are moving in the right direction under Steve Cooper
Athena Pictures
1 of 1
By Dan Childs 3:30PM, NOV 25 2021

West Brom
Jake Livermore is suspended and Dara O'Shea (ankle) is out long-term.

West Brom have grown increasingly frustrated with the lengthening gap between themselves and the top two and things may get worse after a visit from Nottingham Forest, who look decent value to avoid defeat at the Hawthorns.

The Baggies favour a direct, high-intensity approach under Valerian Ismael, who worked wonders last season to take Barnsley to the playoffs.

But there has been a lack of finesse and Albion's goal tally of 27 from 19 league games lags well behind that of Fulham and Bournemouth, who have stolen a march in the promotion race.

Albion frequently dominate games and won the shot count 25 to 13 at Blackpool on Tuesday despite drawing 0-0.

However, the experience at Bloomfield Road was not a one-off for Ismael's team, who have a habit of fluffing their lines in front of goal.

They have scored just twice in their last five games despite raining in 82 shots and will need to show a more clinical edge against Forest, who are better than most at keeping things tight.

Forest had a dreadful start to the season and were rock bottom with one points from seven games when Chris Hughton was sacked.

It looked a tricky job to take on but Steve Cooper has turned the tide in impressive fashion, steering Forest to five wins, five draws and one defeat, and he has the supporters dreaming about a push towards the playoff places.

Cooper's side are unbeaten in five road trips and, while the match at West Brom is arguably their toughest challenge yet, there is no reason why they cannot add to their points tally.

Nottingham Forest are unbeaten in their last six away games.

FIRST PUBLISHED 3:30PM, NOV 25 2021
Albion frequently dominate games and won the shot count 25 to 13 at Blackpool on Tuesday despite drawing 0-0.