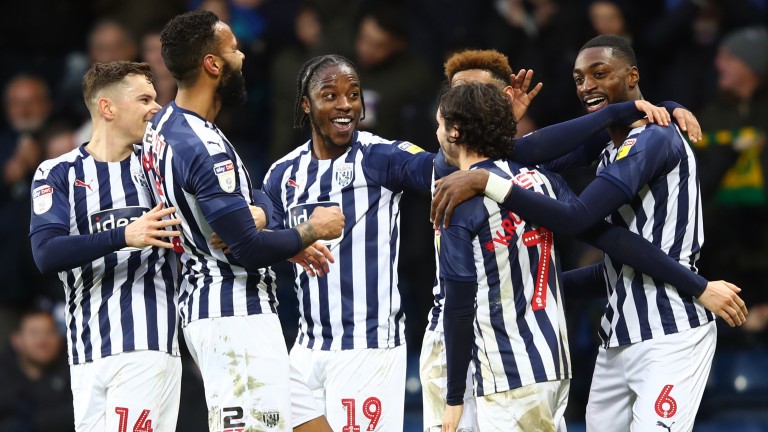 Birmingham
Josh McEachran remains sidelined but Jeremie Bela is ready for a return. Jacques Maghoma and Jonathan Grounds, whose contracts won’t be renewed at the end of June, are unlikely to feature.

The enforced three-month layoff won’t be seen as a positive for many but it may have come at a good time for West Brom and they can reignite their Sky Bet Championship title charge with an authoritative home victory over West Midlands rivals Birmingham.

Slaven Bilic’s Baggies handed Leeds the initiative in the title race after dropping points in their final two matches before football’s suspension against Wigan and Swansea and it was a worrying time as their performance levels had deteriorated significantly.

In fact, West Brom had not lived up to their billing as title contenders for some time and they have won only five of their final 15 league games, taking the spoils just twice from eight home outings since December.

However, there are few teams in the second tier who can call upon the firepower Bilic has at his disposal and punters should plunge on the break to have freshened up their array of attacking stars.

With Charlie Austin, Hal Robson-Kanu, Callum Robinson, Matheus Pereira, Matt Phillips and Grady Diangana among their attacking options, West Brom should outclass most sides at this level and they should prove too strong for a Birmingham outfit who have lost six of their nine games against top-six outfits this season.

The Baggies have netted 36 goals in 18 home games this term, firing in two or more on 11 occasions, while the Blues are winless in five and have kept just two clean sheets from 24 league games since October.

Bilic's boys, who won 3-2 at St Andrews earlier in the campaign, can go top with victory and should do just that in what may prove another entertaining encounter.

FIRST PUBLISHED 3:14PM, JUN 19 2020
There are few teams in the second tier who can call upon the firepower Bilic has at his disposal