West Brom could make it tricky for Manchester City

Guardiola's side may need patience to pick up vital victory 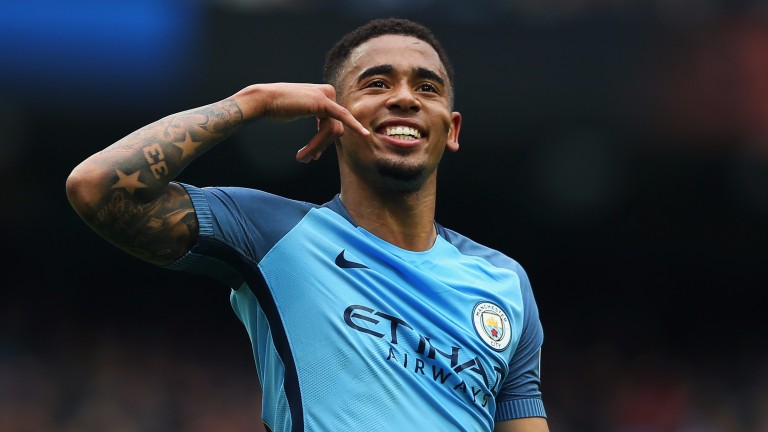 Those who back Premier League favourites were in clover at the weekend with all ten matches going the way of the market leaders and bookmakers must be fearing the worst with two short-priced jollies in televised action.

Arsenal host Sunderland and Manchester City welcome West Brom to the Etihad both needing to win against opponents with nothing but pride to play for.

It's difficult to see either of the hotpots slipping up and City should justify their long odds-on status as they look for the win which would put them on the verge of qualifying for next season's Champions League before Pep Guardiola's side visit Watford on Sunday.

A draw would move City up to third but it would also make life more complicated for the finale at Vicarage Road, so expect Guardiola's men to hungrily hunt down a vital victory.

However, West Brom showed on Friday with a spirited display against Chelsea that they are not a team who are easy to swat aside and Albion could at least make things tricky for City.

Chelsea eventually triumphed 1-0 at the Hawthorns and a bet on City to win in a game featuring under 3.5 goals could be the best move.

West Brom have lost 16 matches in all competitions this season and 14 of those featured under 3.5 goals. The two exceptions were two of the toughest matches on their schedule - at home to City and at Tottenham - when Tony Pulis's side suffered 4-0 defeats.

Pulis will get West Brom into a defensive shape in a bid to frustrate the superior City and patience will be needed unless the hosts make an early breakthrough.

City are blessed with brilliant attacking options with Kevin De Bruyne and David Silva capable of unlocking even the tightest of defences, while the pace out wide of Leroy Sane and Raheem Sterling helps to create space for forwards Gabriel Jesus and Sergio Aguero.

At full flow it could be argued that City are the best side in the league, although they have been nowhere near as consistent as Chelsea when it comes to grinding out victories.

If City are on song they can destroy opponents but there have been enough low-scoring wins in recent months to give backers encouragement.

Since battering the Baggies 4-0 in late-October, City have won 17 matches against Premier League opponents and 13 of those victories featured under 3.5 goals.

There is always a chance City will cut loose but West Brom are unlikely to do much damage on the scoring front. Albion had seven shots against Chelsea and just efforts two on target from 32 per cent possession.

Albion have failed to score in eight of their ten matches since the start of March and probable starting striker Salomon Rondon has notched in only six matches this season. He has also scored just once in his last 21 appearances.

Key stat
Fifteen of West Brom's 17 league games this season have finished with under 3.5 goals.