Werdum should put himself back in the title frame

Londoner Manuwa should delight the fans 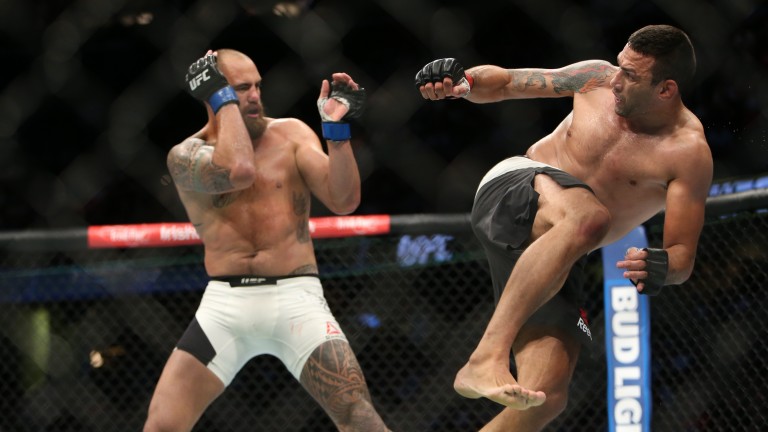 The UFC returns to Europe for the first time in 2018 with an action-packed line-up of MMA action headlined by a heavyweight battle between two top title contenders, and featuring hard-hitting London light-heavyweight Jimi Manuwa.

Volkov is much younger and taller but that's where his advantages end. Brazilian Jiu Jitsu master Werdum is a submissions expert with excellent striking skills, and if the fight goes to the ground Volkov is in a world of trouble.

The Russian is on a five-win streak - three in the UFC - but lacks the experience or power to beat a fighter of Werdum's quailty.

Manuwa won a decision victory in their first fight at UFC Krakow in 2015 and while he is capable of ferocious KO wins and losses, he may have to settle for another decision win against the rock-hard Pole.

Back the former undisputed BAMMA featherweight and bantamweight champ to win via the judges.

Four of Edwards' last five UFC victories have been by decision and Sobotta has been stopped only twice in 23 fights, so this could go to the judges too.