Boro not in great shape 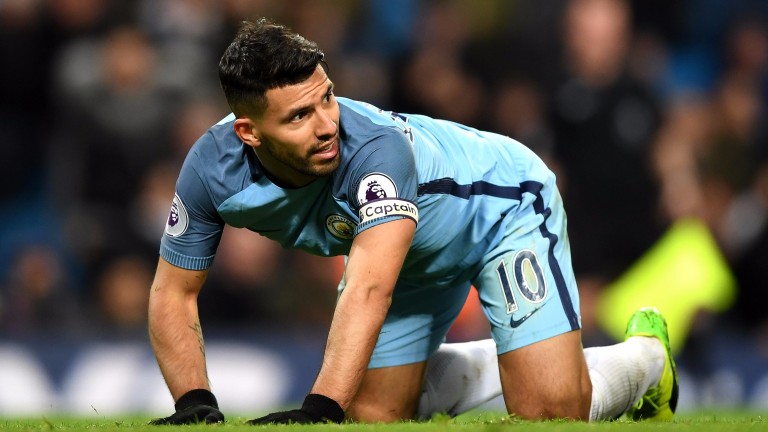 With so many elite clubs still in the FA Cup it remains a wide-open betting heat with Manchester City the marginal market leaders and the competition favourites can prove that status is correct by becoming the first side through to the semi-finals.

Middlesbrough stand in the way of Pep Guardiola booking a spot in the last four at Wembley but the Premier League strugglers don't look in the right shape to cause an upset and City should complete the job without the need for extra-time or penalties.

Bookmakers rate City strong favourites to win in 90 minutes and a better bet could be to take them to succeed in a tie which produces no more than three goals.

Boro are in the bottom three because they are powder-puff in the final third. They have scored only 19 Premier League goals and no top-flight team have attempted fewer shots (average 9.1 per game) or shots on target (average 2.4 per game).

Aitor Karanka, a disciple of Jose Mourinho, preaches control and they always look reasonably solid with three decent central midfielders but Boro have gone four games without a goal against Premier League opposition.

Top goalscorer Alvaro Negredo was dropped for Rudy Gestede in last week's 2-0 loss at Stoke and Gaston Ramirez's performances have dipped since he was denied a January move away from Teesside.

Just three of Boro's 27 Premier League fixtures have featured more than three goals and they tend to be reasonably tight against the big sides with a 1-1 at City and 0-0 at Arsenal evidence of that.

They lost only 1-0 at home to Chelsea and 2-1 to Tottenham and 2-1 at Manchester United with Liverpool, 3-0 winners at the Riverside in December, the only top team to give Boro a thrashing.

Karanka gives the impression he would rather lose narrowly than go for broke and risk taking a beating.

Last week's trip to Stoke was a prime example. Two down and with nothing to lose, the Boro boss stuck with the same shape, making like-for-like replacements as Negredo sat on the sidelines.

Karanka has made conservative decisions all season, while there is a chance City could ease off if they hit the front with a crucial Champions League clash to come against Monaco.

Guardiola has made all the right noises regarding team selection and being desperate to reach the semi-finals but he has rotated his squad for weeks as City negotiate a hectic period.

Sergio Aguero, Leroy Sane, Raheem Sterling, Yaya Toure, Kevin De Bruyne and David Silva have all sat out spells and City may not be willing to gamble everything before Wednesday's trip to Monte Carlo.