Anthony Martial and Jesse Lingard ruled out for Manchester United 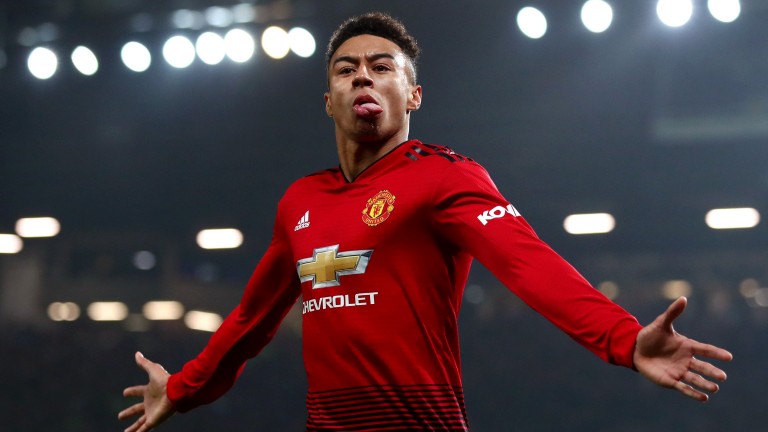 Ole Gunnar Solskjaer was honest after Manchester United's 2-0 Champions League defeat at home to Paris St-Germain, calling it a reality check, but he faces a huge challenge in the short term after key attackers Anthony Martial and Jesse Lingard sustained muscle strains which threaten to rule them out of some important games.

The energy and pace of Martial and Lingard have been major factors in United's revival under Solskjaer and both were sorely missed in the second half against PSG, which could have turned into a rout.

United's high press disappeared after the break and PSG dominated the game, safe in the knowledge that only Marcus Rashford would offer a counter-attacking threat.

Not many Premier League teams are as dangerous as the French champions, but United's next two opponents – Chelsea and Liverpool – have the quality to cause them major problems.

Defeats in both games would end United's last realistic hope of winning a trophy and seriously undermine their top-four push.

Injuries piling up for Bournemouth

Bournemouth have a free weekend due to their exit from the FA Cup and that may be a relief to Eddie Howe, who is contending with a growing injury list.

Star attackers Callum Wilson and David Brooks face another month on the sidelines and Howe's attacking options have been further reduced by a thigh injury to Junior Stanislas, who missed last Saturday's 3-0 loss at Liverpool.

Midfielder Lewis Cook and defender Simon Francis are longer-term absentees, having not played since December.

Middlesbrough have defensive hole to fill

Middlesbrough had a tough time at Sheffield United on Wednesday, suffering a damaging 1-0 defeat and losing centre-backs Aden Flint and Daniel Ayala to a hamstring injury and a red card.

Boro boss Tony Pulis has suggested Flint's injury will rule him out for three to four weeks, while Ayala faces a one-game ban.

Both miss Sunday's clash at Blackburn which looks a big one for Boro, who have slipped to sixth in the Sky Bet Championship.

Peterborough's Sky Bet League One playoff push has stalled after five games without a win but there have been some positives for manager Darren Ferguson with left-back Daniel Lafferty and winger Joe Ward returning to training.

Lafferty has recovered from a hamstring injury and his availability looks timely because fellow left-back Tyler Denton sits out the game after picking up a red card in last Saturday's 3-1 loss at Doncaster.

Ward was forced off with a toe injury at Donny but fears of a fracture were wide of the mark.

He remains in the squad and Ferguson's options are further enhanced by the return of attacking midfielder Lee Tomlin, who has served a one-game ban.

Barnsley striker Kieffer Moore spent a night in hospital after a collision with Gillingham defender Gabriel Zakuani and is not expected to be available when the Tykes take in Wycombe at Oakwell on Saturday.

Moore is Barnsley's leading scorer with 16 league goals, including five in his last six appearances.

A statement from Barnsley confirmed Moore's release from hospital but the 26-year-old will be given time to recover properly after being concussed.

There will be extra responsibility on the shoulders of January signing Cauley Woodrow, who has scored four goals in six games since his arrival from Fulham.

Port Vale captain and eight-goal top scorer Tom Pope made a surprise return from a hamstring injury to feature in last Saturday's 1-0 defeat at Cambridge and will have a key role to play as the Valiants plot a path to Sky Bet League Two survival.

A lack of attacking options has been hurting Vale with Pope and Ben Whitfield injured and Ricky Miller suspended following a red card in a 1-0 loss at home to Carlisle last month.

However, Whitfield is back in contention to start after scoring for the reserves in a 1-0 victory over Doncaster on Tuesday.

Oldham were going well under caretaker-manager Pete Wild but rumours of an approach to Paul Scholes were flying around for weeks and the deal was confirmed when the 44-year-old signed an 18-month contract to take charge of his home town club on Monday.

Scholes has been cleared to take up the role despite owning a ten per cent stake in National League Salford City and made a spectacular start, steering the Latics to a 4-1 home victory over Yeovil on Tuesday.

He did some coaching with Manchester United when Ryan Giggs was appointed as the Red Devils' interim manager in April 2014, but his appointment looks like a gamble and might not generate the same upturn in results that his former teammate Ole Gunnar Solskjaer has engineered at Old Trafford.

Oldham are six points outside the League Two playoffs and will have to finish strongly to force their way into the top seven.