Weekend Briefing: team news, injuries and gaffer tracker in Serie A and the EFL 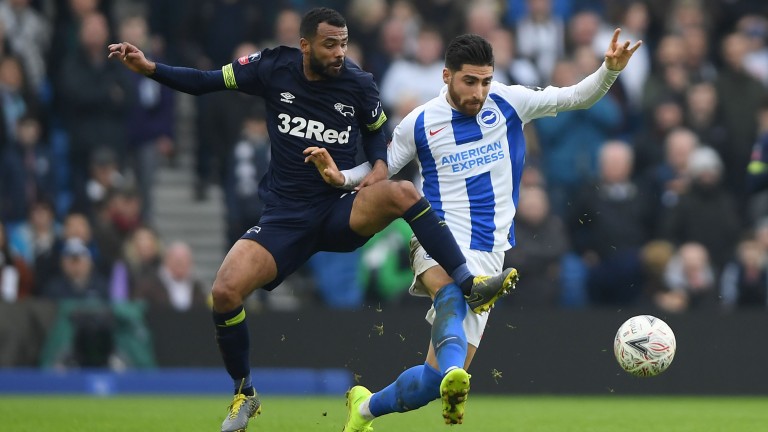 Experienced ex-England left-back Ashley Cole could return for Derby against Leeds
Getty Images
1 of 1
By Mark Langdon UPDATED 5:01PM, MAY 10 2019

It has been a superb season for Atalanta with the club sitting in a Champions League qualification spot and in the Coppa Italia final, but the relative Serie A minnows face a test of their squad depth against Genoa this weekend.

Gian Piero Gasperini faces his former club without the services of centre-backs Gianluca Mancini and Andrea Masiello, although of greater concern will be the absence of banned Argentinian magician Papu Gomez.

Atalanta are the highest scorers in Serie A with 71 goals and Gomez, with ten, is the joint-leading assist-maker in Italy alongside Napoli's Lorenzo Insigne.

County may count on Cole

Former England international Ashley Cole could return for Derby against Leeds as he battles to overcome a groin problem.

The experienced 38-year-old, who has missed the last four matches, is according to boss Frank Lampard, in with "a chance to be in contention".

Lampard received a further boost this week when Tom Lawrence escaped a retrospective ban for an alleged dive in Derby's decisive 3-1 victory over West Brom which sealed their spot in the Sky Bet Championship playoff semi-finals against Leeds.

Doncaster boss Grant McCann says his squad have a clean bill of health "for the first time in a long time" as Rovers get ready for their Sky Bet League One semi-final playoff against Charlton.

Ian Lawlor and Joe Wright have returned to fitness, although McCann is not likely to start either given they have been absent for so long. Lawlor has not played since January and Wright has not been right since October due to ankle injuries.

Addicks ace should be fine

Doncaster's opponents Charlton have also received a boost with the news that striker Igor Vetokele, who has been important since the club sold Karlan Grant to Charlton, should be available to partner Lyle Taylor in Sunday's first-leg showdown.

Vetokele missed last week's 4-0 win over Rochdale to spark fears he could be absent, although manager Lee Bowyer explained it was just a tight thigh muscle issue and as a precaution he sat out the final league fixture of the campaign.

This looks a sensible appointment for Rangers, who are working on a modest budget and needed to bring in a coach who is happy to develop younger players.

However, it would be wrong to go overboard as Warburton's career has never kicked on from the early positivity gained at Brentford when the backroom environment was key to the Bees.

Warburton will have a couple of exciting youngsters at his disposal in Eberechi Eze and Ilias Chair, who he could maybe bring the best out of, but whoever the coach at Loftus Road, it is difficult to see QPR making much impact in next season's Sky Bet Championship.