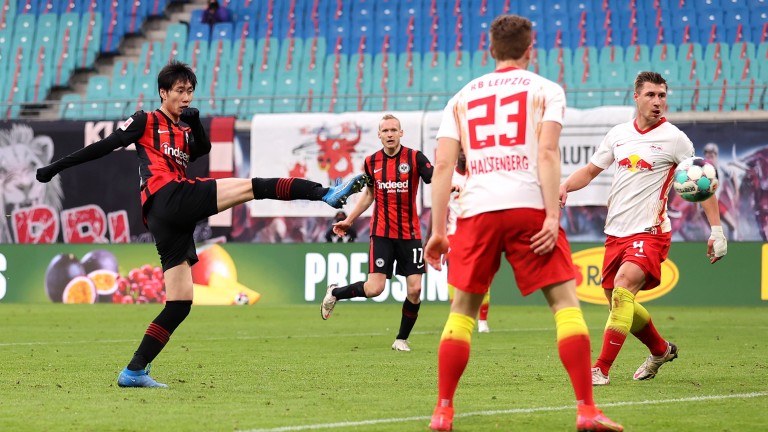 Junior Stanislas is the latest addition to Jonathan Woodgate's casualty list after tweaking his hamstring against the Swans.

Left-back Lloyd Kelly had already been ruled out with an adductor injury while Adam Smith, Lewis Cook and David Brooks are still crocked.

Key midfielder Jefferson Lerma is suspended while Shane Long, on loan from Southampton, is unavailable for the Championship side.

Lincoln will be hoping to stop the rot at fellow League One promotion rivals Sunderland but have suffered a second striker injury blow.

Already missing top scorer Jorge Grant, the Imps will head for Wearside without Tom Hopper, who pinged a hamstring in Tuesday's horror 3-0 home loss to Gillingham.

Lincoln have won just one of five since 11-goal Grant was crocked against Plymouth, an injury to his ankle which is set to sideline him for much of the remainder of the season.

Eintracht Frankfurt's rock-solid 1-1 draw at Leipzig kept them in the box seat for a Champions League place, but it came at a price.

Frankfurt picked up three yellow cards at Leipzig including for centre-back Tuta and forward Amin Younes, their fifth cautions this season.

That rules both men out of their potentially awkward home encounter against a Union Berlin side who show absolutely no sign of fading out of the battle for European places.

Frankfurt may also be without Japanese ace Daichi Kamada, injured at Leipzig after scoring the visitors' goal, and are definitely missing Eric Durm, Martin Hinteregger and Almamy Toure.

Midfielder Harry Arter has suffered another setback as he seeks to make a return to action while centre-back Joe Worrall has been ruled out until after the international break with a cracked rib.

There's no sign of another midfielder, Fouad Bachirou, returning just yet and Joe Lolley has been counted out for the season after tearing his hamstring in Saturday's 1-1 draw with Reading.

Covid outbreaks continue to cause a nuisance in Italy with leaders Inter Milan forced to take on Sassuolo without their skipper and ever-present keeper Samir Handanovic.

Handanovic has been outstanding this season and rescued his club on many occasions. Romanian Ionut Radu will replace the Slovenian, wearing the gloves for the first time this season, while Inter are also without defender Danilo D'Ambrosio and midfielder Arturo Vidal.