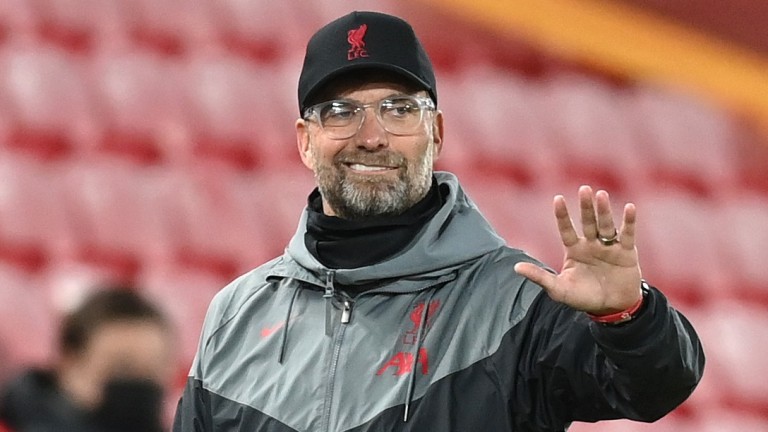 New Fleetwood boss Simon Grayson has an immediate defensive headache to solve as he takes the reins for the first time at home to Bristol Rovers in League One.

And Mulgrew isn't the only wise owl he'll be missing against the Gas. Ex-Ireland midfielder Glenn Whelan is out for at least another month with an Achilles injury.

Liverpool boss Jurgen Klopp could get a triple fitness boost to lift his spirits following the shocker at home to Brighton.

The Reds' injury crisis is coming at just the wrong time, especially with leaders Manchester City heading for Anfield on Sunday.

But it looks likely that keeper Allison, kept out of the Brighton defeat by illness, should be okay and Klopp is also hopeful Fabinho and Sadio Mane could return.

Johnson still out for Orient

Leyton Orient boss Ross Embleton is concerned at the number of injuries piling up as his side drift out of the League Two promotion scrap.

It's one point from nine for the Londoners following Tuesday's 0-0 draw against Crawley, the third successive game in which they have failed to score.

Striker Ruel Sotiriou, filling the void in the continued absence of top scorer Danny Johnson, has tweaked a hamstring and won't line up against Colchester.

Lee Angol is also crocked while central midfielder Hector Kyprianou is suspended after being sent off at Crawley.

Zinedine Zidane could welcome back skipper Sergio Ramos at Huesca in La Liga on Saturday, a welcome plus for the Real Madrid boss.

Ramos has been out for three weeks with a knee injury but trained fully this week.

Zidane could do with Ramos back in the side as Real seek to bounce back from last week's shock 2-1 home loss against Levante. Eder Militao, Ramos' replacement in the heart of the defence, was sent off in that game and is suspended.

Zidane is still without Dani Carvajal, Lucas Vazquez and Rodrygo, while injury-plagued ex-Chelsea ace Eden Hazard also limped off against Levante and is out for at least a month.

Watford have been given a fitness boost for their trip to Coventry in the Championship.

However, both are expected to be fit for the showdown with struggling Coventry, a welcome piece of positive news for boss Munoz who is still without keeper Ben Foster and defender Christian Kabasele.

FIRST PUBLISHED 5:40PM, FEB 4 2021
it looks likely that keeper Allison, kept out of the Brighton defeat by illness, should be okay and Fabinho and Sadio Mane could return