Shrimpers will have to cope without Carter 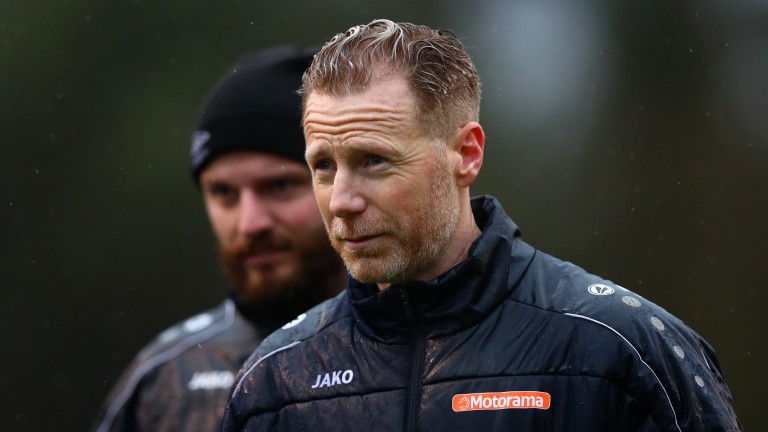 Molesley keen to get Carter to calm down

Angry Southend boss Mark Molesley has told Richard Carter to tidy up his game after ill-discipline cost him his place in the side for their crunch League Two clash with Essex rivals Colchester.

The versatile 20-year-old has been shown six yellow cards already this season, despite making just eight starts, the latest earning him his one-game ban.

Molesley said: "It's part of his learning curve but he needs to be cleverer with the way he does things sometimes."

Southend also have a question mark over the fitness of Tottenham loan star Kazaiah Sterling, who is struggling with a groin injury.

Mousinho delays surgery to battle on

Oxford veteran John Mousinho is resisting knee surgery to ensure he can carry on starring in his side's revival.

Mousinho limped out of last week's 4-0 hammering of Northampton, their fifth straight match without defeat.

The 34-year-old underwent a scan but is insistent he'll be fit for their League One tussle with AFC Wimbledon.

He was sidelined for six weeks earlier in the season and will ultimately require an operation, but manager Karl Robinson said: "There's no great damage done in comparison to what he's already had."

Bristol Rovers boss Paul Tisdale has been buoyed by the news that long-term absentees Mark Little and Alex Rodman are back in contention for first-team action.

As the Gas prepare to visit MK Dons in League One, Tisdale confirmed experienced duo Little and Rodman have returned to full training over the past few weeks after missing several months of action.

Right-back Little suffered a recurrence of a calf injury which hampered him last season in September and has not played since, while the versatile Rodman has not featured at all due to complications after an ear infection.

The pair, 32 and 33 respectively, will bring plenty of experience to Rovers on the right flank.

Bolton midfielder Andrew Tutte is poised to return for the Trotters in their Boxing Day trip to Carlisle United in League Two.

The central midfielder has been out with a thigh injury since going off early in the 3-0 victory over Southend in November.

It was thought Tutte was going to be out until into the new year and it's a huge plus for Bolton boss Ian Evatt who has missed the 30-year-old's defensive capabilities. Wanderers have lost three of the four games they have played in his absence.

Carlisle have won nine of their last ten league matches at Brunton Park to force their way into the promotion frame.