Robins rocked by a spate of injuries 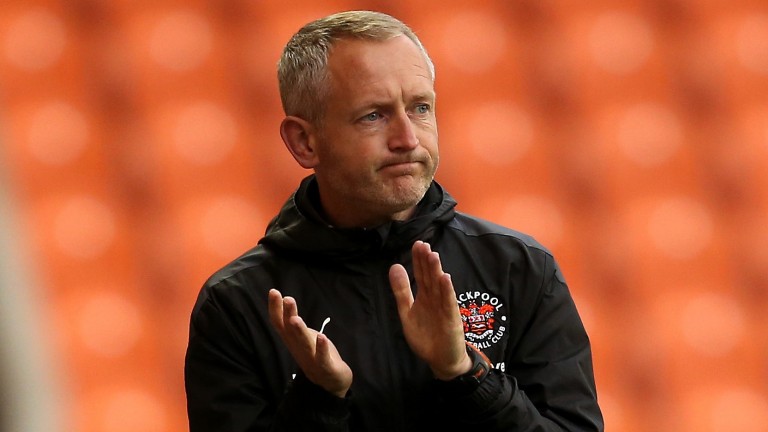 Ins, outs and injury doubts for the weekend's matches

Injuries bringing Robins down to earth

Bristol City have lost their way after a flying start to the Championship season with injuries piling up as they prepare to host in-form Norwich at Ashton Gate.

Andi Weimann has been ruled out for the season after a serious knee injury and wing-back Steven Sessegnon has returned to parent club Fulham after tearing his hamstring while centre-back Alfie Mawson has undergone surgery on a knee injury.

The injury setbacks come at a bad time for City who have gone four matches without a victory after winning their first four games.

Lazio may ask for postponement

Lazio are considering asking for a postponement of Sunday's Serie A showdown with Torino in response to a Covid-19 crisis which has left boss Simone Inzaghi scrabbling around for available players.

Ciro Immobile, Luis Alberto, Manuel Lazzari, Lucas Leiva, Thomas Strakosha and Djavan Anderson were among a group of players who did not travel to Brugge for Wednesday night's Champions League tie, which ended 1-1.

Another three players – Luiz Felipe, Stefan Radu and Senad Lulic – are injured while defender Patric had to go off against the Belgians after going down sick.

Blackpool not looking so bright

Blackpool's horror season continued on Tuesday with a 1-0 loss at AFC Wimbledon, which was actually a respectable scoreline considering they finished the game with nine men.

The Seasiders had midfielder Ethan Robson sent off just before half-time and centre-back Dan Ballard red-carded after 75 minutes. It means both miss Saturday's key showdown at bottom club Burton.

Neil Critchley is still without left-back Luke Garbutt and it's unlikely that Keshi Anderson will be rushed back from injury at the Pirelli Stadium.

Just about everything that could go wrong did go wrong for Montpellier at home to Reims last week, and they are likely to be paying a heavy price at Saint-Etienne in Ligue 1.

Skipper Vitorino Hilton was sent off after just seven minutes and midfield hard man Damien Le Tallec followed him down the tunnel before half-time.

Le Tallec and Hilton are banned against Saint-Etienne and they aren't the only ones. Right wing-back Arnaud Souquet and another central midfielder, Teji Savanier, are also suspended while Serbian international midfielder Mihail Ristic, crocked playing against Turkey two weeks ago, is still out.

Out-of-form Saint-Etienne have lost four in a row but they will not have a better chance of chalking up a win.

Mullin had opened the scoring from the penalty spot but was substituted in the second half.

Cambridge, who named only six subs at the Bescot, are still without Paul Digby and Liam O'Neil.

Midfielders Adam May and Wes Hoolahan may also not be ready for the visit to West Sussex.