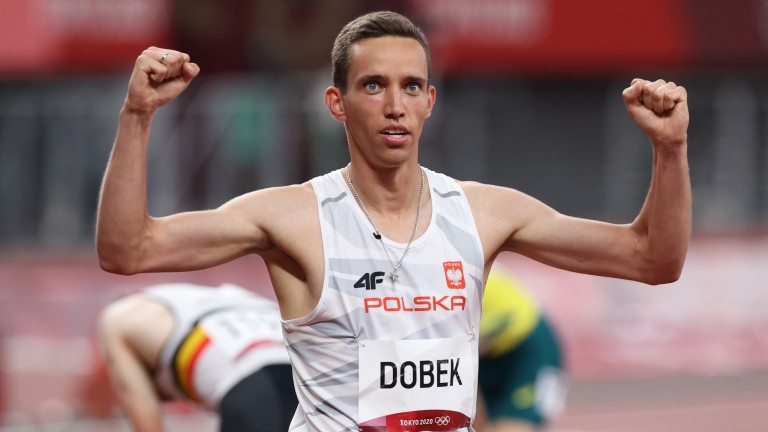 Three things to watch out for in the Tokyo 2020 Olympic Games on Wednesday.

Anything like a modest-paced first lap and that brings Polish 400m convert into the mix at massive odds.

Nine go to post for the men's two-lapper after Botswana's Nijel Amos was reinstated after a fall in his semi-final.

Amos, the 2012 Olympic silver medalist, is the only man to dip under 1:43 this year though in all honesty you can throw a blanket over the lot of them.

In the semis there was less than 0.7 of a second between the eight who actually crossed the line though Kenya's Ferguson Rotich clocked 1:43.75 in the first round – faster than any of the three semis – and is the favourite.

With a gold, a silver and two bronzes, the Brits are meeting expectations in equestrianism and have three more contenders going for medals in the show jumping.

Twenty-five of the 30 combinations going for gold jumped clear in the first round, including Ben Maher aboard Explosion W, who also happened to clock the fastest time.

Scott Brash and Jefferson and Harry Charles and Romeo 88 will join Maher in the final.

Early birds will get to see Britain take on Netherlands in a repeat of the Rio final in the first women's hockey semi-final.

Maddie Hinch, the hero five years ago in the penalty shootout which saw the Brits claim gold, was at it again in the quarter-finals, saving all four of Spain's attempts.

Against that, however, is the fact that the Dutch go into the game having won all six matches in Tokyo, including a 1-0 success over Team GB in the group phase. All of which helps explain why the Dutch are a 1-4 shot.

The second semi which follows sees Argentina take on India.