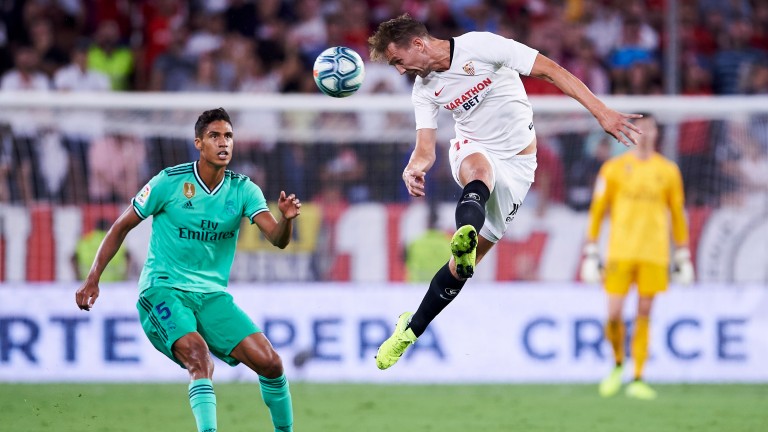 Real Madrid to win & over 2.5 goals
1pt 5-6 BoyleSports, Coral
Back this tip at Coral

La Liga's basement boys Leganes recorded their first win of the season over newly-promoted Mallorca last time out but they could be out of their depth at the Santiago Bernabeu.

Real Madrid's form has fluctuated on the road and in Europe but at home in the league they have been formidable with three wins and one draw from their four fixtures.

Leganes have taken one point from their four away games and are short on numbers with Alexander Szymanowski, Fede and Ruben Perez among those potentially sidelined.

Sevilla have not been scoring goals for fun but their defensive resolve has helped them to six wins out of ten league games and they can overpower out-of-sorts Valencia.

Albert Celades has struggled to ease tensions at the Mestalla caused by Marcelino's departure at the start of the season and their form reflects that.

Valencia have picked up three red cards in as many matches - the latest ruling key striker Rodrigo out of this clash - and were beaten 3-1 by newly-promoted Osasuna last time out.

Sevilla have won three of their five away league matches.

FIRST PUBLISHED 5:05PM, OCT 29 2019
Real Madrid's form has fluctuated on the road and in Europe but at home in the league they have been formidable