Wednesday can bounce back by beating QPR

Football's most knowledgeable tipster with his bets of the day 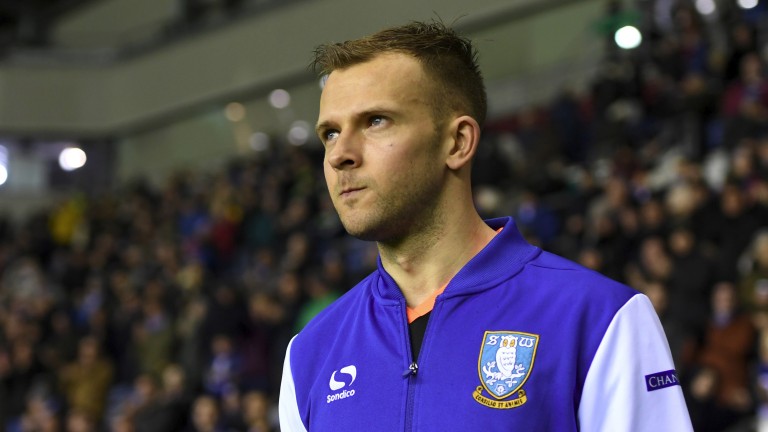 Sheffield Wednesday v QPR
It's easy to jump to conclusions after the opening weekend of the football season with confirmation bias usually at its strongest.

That team you fancied to go well - hello Luton I'm looking at you - score eight on matchday one to endorse everything you had been telling yourself about them over the summer.

It's the same with sides who were tipped to go backwards and started with a shocker. However, it's just one game in a 46-match Sky Bet Football League season and it won't define a campaign.

Watching a highlights show last week one pundit appeared to be suggesting anyone who had a positive result could be in the Championship playoffs, even though only four will make it.

One of those who should genuinely be in the mix are Sheffield Wednesday and they can bounce back from an opening 1-0 loss at Preston to beat QPR at Hillsborough.

There had been some negativity in Sheffield following two seasons of playoff heartbreak and that frustration boiled over following the loss at Deepdale when a tight game was settled by a penalty.

The travelling Owls fans bemoaned a seemingly dreadful performance but on the data it was a remarkably similar display to last season's 1-1 draw with Preston, just that Wednesday's only shot on target that day found the net through Adam Reach in injury-time.

Carlos Carvalhal has a large squad to choose from and it is full of quality, while Tuesday's easy League Cup triumph over Chesterfield should have restored any confidence issues.

The creative options are plentiful with Fernando Forestieri, Ross Wallace, George Boyd, Reach, Gary Hooper, Sam Winnall, Steven Fletcher, Barry Bannan, Gary Hooper and Jordan Rhodes among those in contention. They are a side who should be quite capable of justifying odds-on status at home to Rangers.

Some say that Carvalhal has too many choices which can lead to confusion, although opposite number Ian Holloway would probably love to swap squads.

QPR beat Reading 2-0 last week but survival should be seen as a realistic target. The Royals were ravaged by injuries and are nowhere near as good as last season's third-place finish suggests, a point highlighted by the price they are going off versus Fulham.

Birmingham v Bristol City
Before the season started Sporting Index's points expectation for these clubs was exactly the same, but after one round of results Bristol City are considered only narrow underdogs at Birmingham.

The Robins have been rampant, scoring eight goals against Barnsley and Plymouth at home. However, Barnsley are arguably the weakest side in the division and Argyle made nine changes on Tuesday as they sent a reserve side into League Cup action.

Maybe the pre-season expectations were wrong but maybe they are not and if so Birmingham should be a bit shorter, even though Harry Redknapp's squad is still a work in progress.

Blackburn v Doncaster
Having seen Blackburn put in a poor performance during a deserved defeat at Southend last week I assumed there was no way Tony Mowbray's team would be on the list of bets this weekend, but their price just looks too big.

Mowbray's title favourites were roughed up at streetwise Southend in front of a raucous crowd but this should be far more to the liking of his passing side, while the switch to a 3-4-3 seemed to do the trick in a dominant winning display at Coventry on Tuesday.

Ben Gladwin's return from injury is a major boost and Bradley Dack being doubtful isn't a huge problem given his poor performance at Southend was followed by an eventful trip to an Essex nightclub where his antics earned the wrath of Love Island fans and a place in the celebrity gossip columns.

Newly-promoted Donny are like chalk and cheese from Southend anyway. They like to play their football which should suit Blackburn.

Caen v St-Etienne
From League One to Ligue 1 and home advantage seems to be worth little to Caen, who have lost eight of their last nine in front of their own supporters since the start of February with a shots on target count of 27-52.

Caen were beaten 1-0 by Montpellier last week with one shot on target and visiting St-Etienne should be a decent side this season with a raft of players joining Oscar Garcia's new-look squad.

Expect them to build on last week's fine 1-0 triumph over Nice.

Langdon's plays of the day

Banker
Sheffield Wednesday 5-6
The Owls were as short as 4-6 to beat QPR last season when they won 1-0 and not much has changed this term. QPR have also taken one point from their last seven away matches.

Blowout
Norwich 17-20
Daniel Farke may need a bit of time to get Norwich playing the possession football he is after and relegated Sunderland have started the season well enough for wily boss Simon Grayson.

Footballers - like anyone else - have the right to earn as much as they want but Danny Rose's tirade against Tottenham on the eve of the new season showed a total lack of respect to the man who has done so much for his career.

Rose wants marquee signings at Spurs rather than players he has to google, but had Mauricio Pochettino taken a similar view then Rose probably wouldn't be England's first-choice left-back.

He'd rather coach players and improve them rather than simply use money to solve problems, something Rose has benefited from more than most after the left-back went from being on loan at Sunderland to the best in the Premier League thanks to Pochettino.

In September after signing a new five-year contract Rose said of Pochettino: "One of the first things he said was if I entered into his philosophy, he would make me into an England player.

"Not everything has been great, he's had to put up with a lot of mistakes I've made but he's always stuck by me. He's been like a father figure."

The lack of respect shown by Rose - who has been out injured since February - to Pochettino is simply wrong.