Hard to see PSG and Bayern coming up short next term 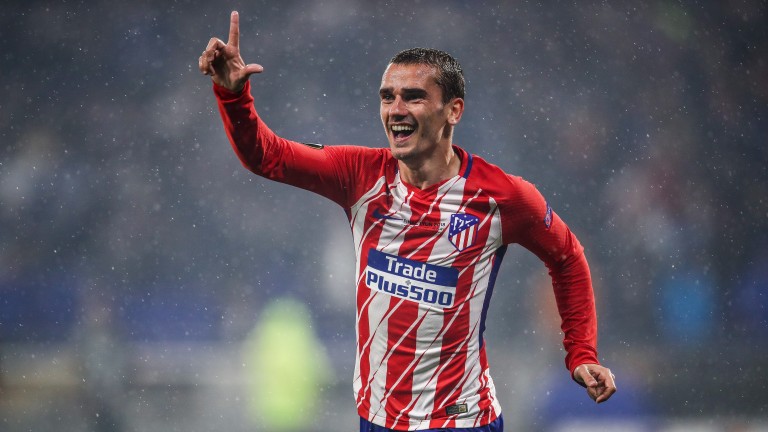 Antoine Griezmann is expected to join Barcelona from Atletico Madrid
Maja Hitij
1 of 1
By Steve Davies UPDATED 8:29PM, MAY 21 2018

The story of the season
Beaten into second place by Monaco in 2016-17, Paris Saint-Germain endeavoured to turn the tables by signing Kylian Mbappe from their rivals and paying a world-record fee of £198m for Neymar.

The big-money punts paid off as the title race became a romp. Unai Emery's 1-3 shots didn't lose a game until December, were defeated only three times all season and sealed their fifth championship in six seasons with five games remaining following a 7-1 drubbing of nearest challengers Monaco.

Lille, expected to be challenging for the Europa League, had to win three of their last four under Christophe Galtier just to stay up.

Prospects for 2018-19
The PSG president has said he's "2,000 per cent sure" Neymar will be staying next season and with the Brazilian ace running the show and more purchasing power than any of their rivals, retaining the title looks assured under new coach Thomas Tuchel.

Monaco and Lyon are bracing themselves for more big-name exits – Thomas Lemar and Nabil Fekir are top targets around Europe – and they could fall away with Marseille poised to pounce.

Bordeaux, vastly improved under Gus Poyet who led them to 11 wins in 18 since the turn of the year, are an interesting top-four proposition.

The story of the season
Bayern Munich cruised to a sixth straight league title, finishing a staggering 21 points clear of next-best Schalke, though Jupp Heynckes suffered cup disappointments against Real Madrid in the Champions League semis and 13-1 underdogs Eintracht Frankfurt in the German Cup final. The latter failure cost Stuttgart a place in Europe.

Robert Lewandowski copped in top-scorer betting for a third year in a row, his cause helped by Pierre-Emerick Aubameyang's winter switch from Dortmund to Arsenal.

All the winners and losers in the major European football leagues

The Aubameyang saga summed up a discordant campaign at Dortmund who, like Leipzig, failed to produce any level of consistency.

Schalke won the betting-without-Bayern heat while Hoffenheim, under the superb Julian Nagelsmann, impressed again to finish third.
Hamburg and Koln, the bottom two at Christmas, were still there at the weekend.

Prospects for 2018-19
Bayern are unlikely to go backwards under new boss Niko Kovac, though they will have to adapt to altered tactics and formations. Expect huge seasons from Nicklas Sule, Josh Kimmich and James Rodriguez and the Bavarian giants to leave the rest trailing in their wake once more.

Betway are first up with next-season betting and they make the champions a prohibitive 1-6 to retain the title.

Hoffenheim continue to astound under the 30-year-old Nagelsmann, who has signed a new deal at the club.

Leverkusen, arguably the most exciting team in the division, could be the bet without Bayern, especially if they can keep hold of Jonathan Tah, Leon Bailey and Julian Brandt.

The story of the season
The market said Juventus from Napoli and that's how it mapped out after a titanic battle between the top two.

Napoli went ahead in October and simply wouldn't bow to the pressure of the 8-11 title favourites, the pair of them going blow for blow, win for win and leaving the rest miles behind.

There was one point in it with four to play when Napoli stunned Juve in Turin, only for Maurizio Sarri's men to immediately crash 3-0 at Fiorentina a day after Juventus had won a thriller at Inter, results which proved decisive.

The race for fourth place and the final Champions League spot went down to a last-day shootout between Lazio and Inter which the Milanese side won.

Prospects for 2018-19
Juve's stranglehold on Serie A continues – they have won seven scudettos in a row – but the gap continues to narrow.

Roma and Napoli have taken turns in pushing Juve hard and this forthcoming season, with Maurizio Sarri poised to leave the Partenopei, it may well be Roma's turn in betting without the Old Lady.

Milan and Inter have both improved to degrees, though it's hard to see either sustaining any sort of a title challenge.

The story of the season
Barcelona and Real Madrid went off pretty much joint-favourites for the 2017-18 title, but it turned into a rout.

Barca waited until the penultimate round of matches to finally throw in a loss and finished 13 points clear of the other Madrid giants, Atletico. The Catalan giants also won the Copa del Rey, marking an impressive debut campaign for manager Ernesto Valverde, and a satisfying last term for the retiring Andres Iniesta.

Real saved their best efforts for the Champions League while Valencia, after two dismal mid-division efforts, returned to the top four.

Both Seville clubs qualified for the Europa League alongside Villarreal while Malaga's ten-season stay in the top flight came to an end.

Prospects for 2018-19
The thought of Antoine Griezmann heading for the Nou Camp to team up with the likes of Lionel Messi, Luis Suarez and Philippe Coutinho should persuade all the doubters that Barca are the boys to beat next season.

Even bigger names – Neymar for one – are being linked with Real Madrid who definitely have more fine-tuning to do over the summer.

One team who flopped in 2017-18 but could be back competing for top-four honours are Real Sociedad, who couldn't deal with their European commitments last term but finished the campaign really well.