Watson's pace set to show for Wasps at Worcester 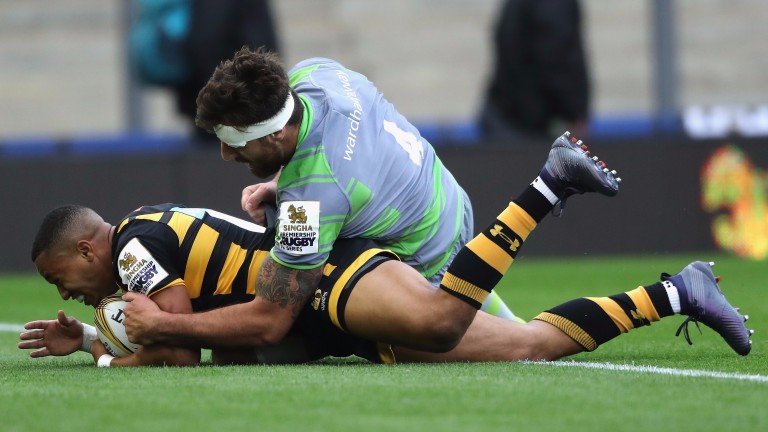 Marcus Watson showed his speed for Wasps in the Premiership Rugby Sevens
David Rogers
1 of 1
By Graham Woods 7:07PM, SEP 9 2017

Worcester replaced London Irish as favourites to finish bottom of the Premiership table after round one and the Warriors' problems don't end with their performance in a 35-8 opening-night defeat at Newcastle.

There are reports that the club has been put up for sale after three years of mounting financial losses and the uncertainty behind the scenes seemed to be reflected on the pitch last week.

With scrum-half Francois Hougaard away with South Africa there was a lack of direction and that could spell trouble against a potent Wasps attack.

Wasps ran in seven tries against Sale last week, and although last season's top scorer Christian Wade is sidelined, he is replaced by Marcus Watson who makes his debut after signing from Newcastle.

Brother of England and Lions winger Anthony, Watson spent three years in the England Sevens set-up and his pace was evident as he led Wasps to the Premiership Rugby Sevens title in the summer.