Watling is a dangerous customer down the order 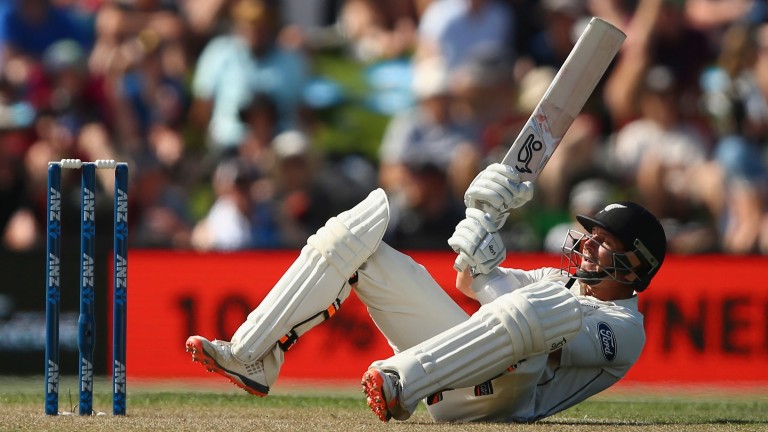 Backing New Zealand keeper-bat BJ Watling to score a first-innings fifty at 21-10 looks a value bet in the first of two Tests against Pakistan, that is scheduled to start in Christchurch on Wednesday night.

New Zealand Cricket are monitoring the situation and staying in touch with authorities following Sunday’s earthquake near Kaikoura and after-shocks felt in the South Island, but preparations for the game at the Hagley Oval have continued.

The previous two Tests at the venue have been results involving a decent contest between bat and ball and Watling has made scores of 26, 58 and 46 at number seven. Three of his six Test tons and four of his 12 fifties have come in his last 18 five-dayers and he was fluent without being prolific in India recently.

Pakistan, 10-3 to prevail, are the higher-ranked side and in better form after following up their 2-2 draw in England with a 2-1 win over West Indies in the UAE when New Zealand were losing 3-0 in India.

Pakistan have won and shared the Test spoils on their last two Kiwi tours but their warm-up match in Nelson was washed out.