Challengers could prove difficult to separate 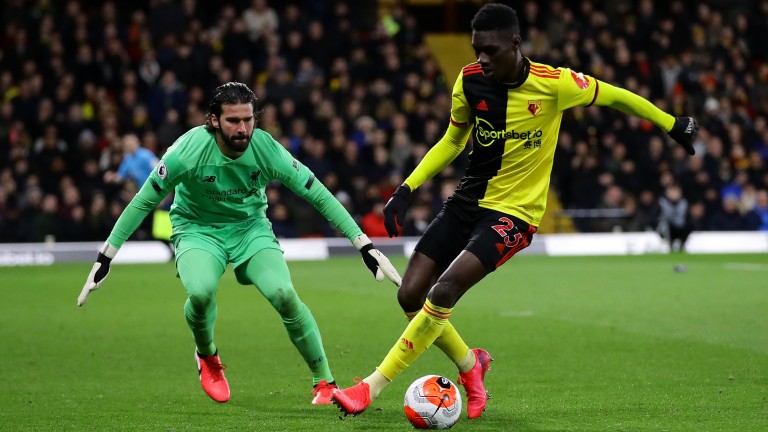 Watford
Gerard Deulofeu, Daryl Janmaat and Isaac Success are all ruled out for the Hornets.

Leicester
Midfielder Dennis Praet faces a late test on a calf injury but Ayoze Perez and Ryan Bennett have been passed fit.

There was evidence before the suspension of Premier League action that Watford and Leicester might be losing their way a bit so both teams have plenty of questions to answer when they clash at Vicarage Road.

The home side's worries are more pressing with goal difference keeping them out of the relegation zone and there is a danger that their memorable victory over Liverpool has papered over the cracks.

Apart from inflicting the runaway leaders' first defeat, Nigel Pearson's Hornets picked up just one point from their other six matches in the run-up to lockdown and the joy of that win over the Reds was soon sunk by a 1-0 reverse at Crystal Palace.

Watford's only defeat in their last six home matches came against Everton, when they were sunk by a late Theo Walcott goal after surrendering a two-goal lead, and that form on their own patch has been crucial under Pearson's guidance.

They have also see off Manchester United and Wolves and drawn with Tottenham at Vicarage Road. And they would have beaten Spurs had Troy Deeney not missed a penalty.

The performance of Ismaila Sarr in their win over Liverpool will also be something for their followers to grasp on to as they attempt to claw their way out of trouble.

However, the intense atmosphere that greets visitors to south-west Hertfordshire will be missing and it will be interesting to see how that boosts the visitors.

Leicester look pretty comfortable in their quest for a top-four finish and it is easy to over-react to their record of just one win in their five matches before the season was halted.

A defeat at Norwich was a disappointment but their other loss in that period was to a late Gabriel Jesus goal for Manchester City and draws against Wolves and Chelsea were not disastrous before they thumped Aston Villa 4-0.

So it is not time for the Foxes to be panicking about claiming their berth in the top four and a draw at Vicarage Road would not necessarily be a bad result.

It would be no surprise if this rusty pair prove difficult to separate on their first game back.