Waterford too streetwise to fall into the same trap as Tipperary 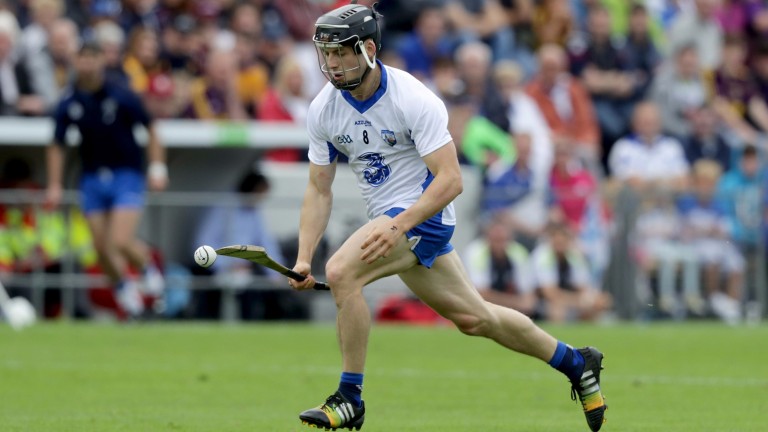 Cork surely cannot possibly repeat the heroic performance of their victory over Tipperary and, with a complete different type of game in prospect in the Munster semi-final, Waterford are the sensible betting option.

Since Tipperary and Kilkenny, the last two All-Ireland winners, have suffered shock defeats, Waterford are the go-to team for many punters. The suggestion is that the Deise will never find a more open year in which to end their All-Ireland drought.

Derek McGrath has worked wonders since taking over from Davy Fitzgerald at Waterford and he has tried to time his challenge later in 2017. They were not going gung-ho for league glory as we have seen in recent years. There was a strong suspicion that he could not have cared less about the league.

June 18 is a date that McGrath and the Waterford players would have had in their diaries since last winter. They would have presumed that a tussle with Tipperary was in store but surely a date with Cork would have been their preferred option. This is a cracking chance for Waterford to win Munster and then chase All-Ireland glory.

It seems strange to say it given that they came into the game as All-Ireland champions, but Tipperary were very naive. They didn't bully Cork. They allowed them room and hoped to beat them in a high-scoring shootout. The strategy backfired and perhaps they underestimated just how good the young Cork players are.

But those inexperienced players are going into a cauldron now. It is one thing beating Tipperary in an open, enjoyable game of hurling, it is an entirely different matter trying to get scores when there are three or four players pounding on you when you are trying to shoot.

Waterford may completely suffocate Conor Lehane and company. They could just leave Maurice Shanahan up front to fend for himself and if that is the case this could be a low-scoring affair where 20 points might be enough to secure victory.

The bet that appeals most on the coupon is for Cork to score 21 points or fewer at a shade of odds-against. Too much has been read into the colossal score they got against Tipperary. This will surely be a different type of game.

Goal chances could be few and far between so it is hard to resist a bet on no goal at 13-1 with BoyleSports.

Galway ought to be in a different league to Offaly in their last-four duel in Leinster but finding a bet on that match is not easy.

The only one that stands out is for no Offaly goal at 21-10. The Galway rearguard unit has improved considerably over the last 12 months and the Offaly attack could struggle to break them down.