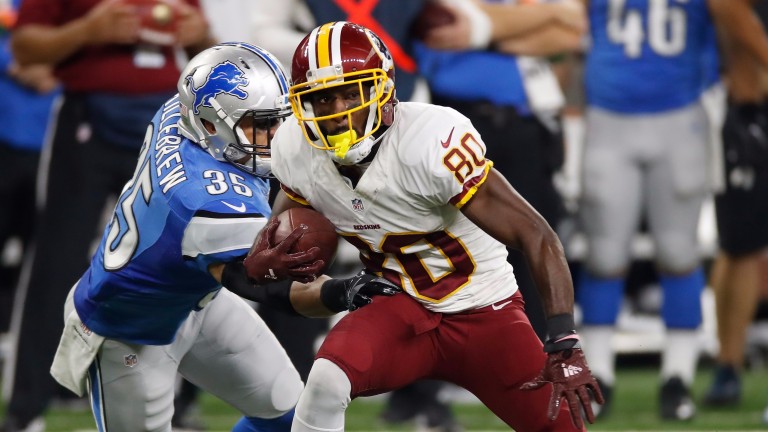 Washington can extend their impressive run of form with
a home success against a slumping Green Bay side.

Jay Gruden’s side lost their first two games but the only blot on their record since then was a three-point reverse to NFC North leaders Detroit and they really should have beaten Cincinnati in their tie at Wembley, missing a simple field goal in overtime.

The Packers’ season has been trending in the opposite direction. They have lost four of their last five games, the only win in that run coming to a struggling Chicago side who lost quarterback Brian Hoyer with a broken arm.

Green Bay have conceded 30 points or more in all four of those defeats and things went form bad to worse last week when they went 21-0 down at Tennessee in the first quarter on their way to an embarrassing 47-25 defeat.

With Aaron Rodgers and his receivers around, Green Bay always have a chance to win a shootout but Washington are better equipped t0 handle them since picking up prized free agent cornerback Josh Norman.

The Packers have struggled to find an adequate replacement for injured running back Eddie Lacy, with Don Jackson and converted receiver Ty Montgomery both failing to convince. James Starks returned from injury last week but they had to abandon the running game after falling so far behind.

Washington QB Kirk Cousins has struck up a fine partnership with receiver Jamison Crowder and they can win again.

Washington
A late decision will be made on whether wide receiver DeSean Jackson (shoulder) can return. Tackle Morgan Moses (ankle) and long snapper Nick Sundberg (back) are questionable.