Washington ready to apply the heat 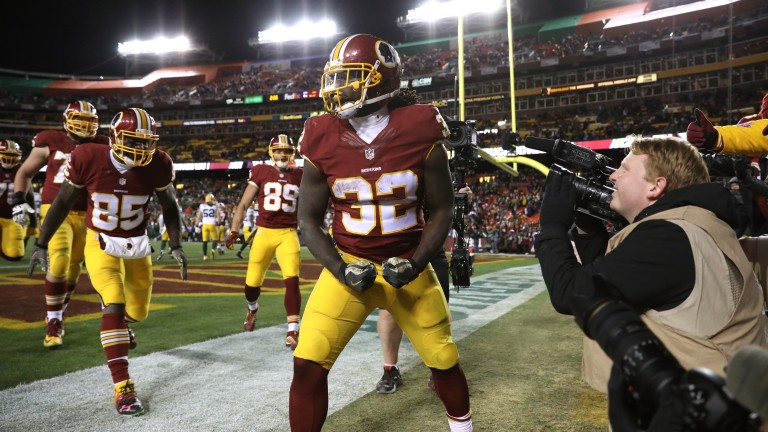 Dallas are looking to claim their tenth successive win tonight but NFC East rivals Washington should ensure a franchise record is not a given.

The Cowboys have slumped at Thanksgiving before – they have won just two holiday home matches in their last seven attempts – but there are other indications that they are about to face their toughest test of the last couple of months.

It was a win over Washington in Week Two that started Dallas’s impressive run with rookies Dak Prescott and Ezekiel Elliott grabbing all the headlines.

Quarterback Prescott has kept the experienced Tony Romo while running back Elliott, who was selected fourth overall in March’s draft, has lived up to all expectation, protected by an excellent offensive line.

But Washington had the opportunities to win that game,which ended in a 27-23 defeat after a winning touchdown from their former rusher Alfred Morris.

And while Dallas’s 9-1 record is the best in the game, closer examination of their opponents shows that they have not faced any team who appear to be genuine Super Bowl contenders.

Jay Gruden’s side are the only one they have beaten to go into Week 12 with a winning record and the AFC North pair of Baltimore and Pittsburgh and their NFC East rivals Philadelphia are the only other opponents who have claimed at least five victories.

Washington meanwhile have lost just once since their defeat to the Cowboys in the capital and that came against Detroit when they were stung by an Anquan Boldin touchdown with just 18 seconds remaining.

Quarterback Kirk Cousins has excelled, expecially in what should prove a confidence-boosting victory over Green Bay on Sunday, and only their Wembley tie with Cincinnati prevents them joining the New York Giants as Dallas’s main rivals in the tight NFC East battle.

Victory and the the resulting two-match swing would give Washington a decent chance of successfully defending their divisional crown and while it will be difficult to keep pace with the Cowboys offence, a seven-and-a-half-point start appears generous.