Washington have a capital chance of going all the way 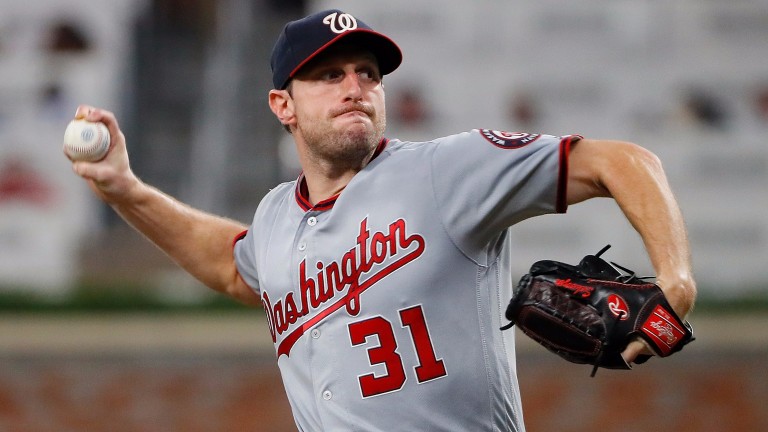 After a slightly flat MLB campaign when all the ante-post favourites won their divisions with little fuss, the upside is that all the best teams made the post-season and that should provide more excitement than the 162 games that preceded them.

Two one-off wildcard matches kick off the battle for the World Series as the five qualifiers from each league slug it out for the National League and American League crowns, then the two teams left standing go head to head in the Fall Classic.

National League
The Los Angeles Dodgers, Racing Post Sport's ante-post selection, are now favourites even though they went through a slightly bizarre season.

With two-thirds of their campaign down it looked as if they had a good chance of beating the regular-season wins record of 116. But a disastrous start to September, in which they lost a remarkable 11 games on the bounce, left them on the back foot and looking vulnerable. They have recovered well, however, and ended up with the league's best record of 104 wins.

They are now 6-4 for the NL, which feels about right, but a team whose price looks a bit more on the generous side are the Washington Nationals.

The men from the capital have been quietly going about their business this season, and they faced no serious opposition in the NL East, winning it easily with 97 wins, 20 more than their division rivals.

Max Scherzer is arguably the best pitcher in baseball and a strong contender for the NL Cy Young award, an honour for the finest hurler in the league.

Their number two starter is Stephen Strasburg, who looks back to his best, and the pair occupy two of the first five places in the pitcher wins-above-replacement table, a widely used metric that evaluates an individual player's total contribution to his team.

The offence is useful too - they are fifth in runs scored in MLB - and odds of 3-1 underestimate their chances.

American League
Punters who took Racing Post Sport's advice to back Houston at 7-1 in March will be on good terms with themselves - the Astros are a best-priced 12-5 - but now is the time to add Cleveland to the portfolio.

The Indians have had an excellent season, winning the AL Central comfortably. Their total of 102 wins is the best in the American League, and the Indians also made history by breaking the section record for the longest consecutive winning streak of 22 games during the summer.

Corey Kluber is their ace and they will be hard to beat when he takes to the mound. Kluber has an earned-run average of 2.25, the lowest of any pitcher who has completed 200 innings this season.

If the Indians take a lead into the latter innings they have a great chance to hold on to it - their bullpen has a combined ERA of 2.89, the lowest in the majors.

Making good contact with the ball and forcing mistakes by putting the opposition's defence under pressure has become hugely important in post-season play. The team with the lower strikeout percentage have gone 25-17 in playoff series in the last six years, although last season they were only 2-5, so clearly other factors also play a part.

Even so, it is an eye-catching trend - the team with the most regular-season wins is only 20-20 in the same period - and the Indians strike out only 18.5 per cent of the time, with only the Astros boasting a lower percentage. The league average is 22 per cent, and it would be no surprise to see those teams fighting it out in the Championship series.