Warriors on the up for crucial face-off 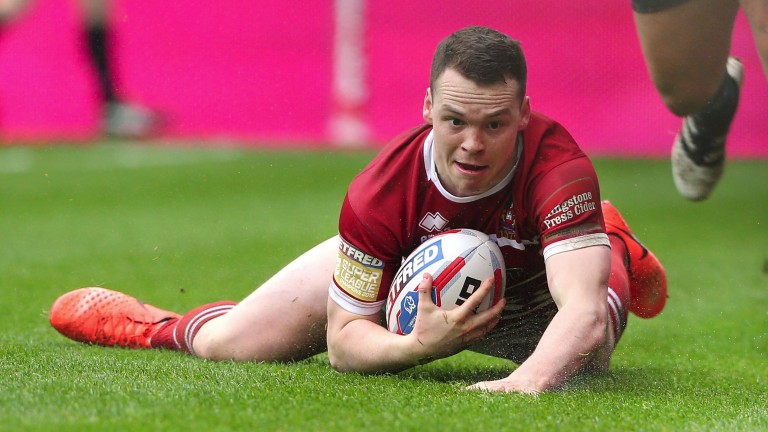 When Wigan and Hull last crossed swords in March, both teams were riding high in the Betfred Super League table.

The Warriors had collected nine points from their opening five fixtures and the Black & Whites had picked up eight. The teams had lost just once between them.

Hull hung on to win that game 22-20 having been 18-0 up at half-time at the DW Stadium against injury-hit opponents.

The picture looks very different now. Both sides have slipped outside the top four after miserable runs of results. Hull have lost their last three league matches and Wigan haven't won in five Super League starts.

So this tussle at the KCom Stadium is absolutely crucial and bookmakers are struggling to split the sides.

Lee Radford's hosts are 10-11 to complete the double over the champions with Shaun Wane's men available at 6-5.

Wigan will have a stronger side out than they did three months ago but Hull will be weaker.

Playmaker Marc Sneyd will be out for two months with a foot problem and captain Gareth Ellis and Mahe Fonua are also sidelined through injury.

On top of that, prop Liam Watts starts his third suspension of the season and centre Josh Griffin is also banned.

The visitors are slowly getting some key players back on board and Joe Burgess and Joel Tomkins are hoping to be back in the fray for this match.

It certainly looks an ideal opportunity for the Warriors to get back to winning ways on a ground where Catalans, Leeds, Leigh and Salford have already picked up points this year.

Wigan winger Liam Marshall ought to fancy his chances of adding to his impressive 16-try tally and he is worth backing at evens to do so.

The 21-year-old signed a full-time contract only this year and has touched down in nine of his 16 appearances.

Hull have conceded to the opposition's left-winger in three of their last four matches and Marshall can add to their misery.