Warriors fancied to be fired up to deliver in defence

Racing have a tendency to struggle on their travels 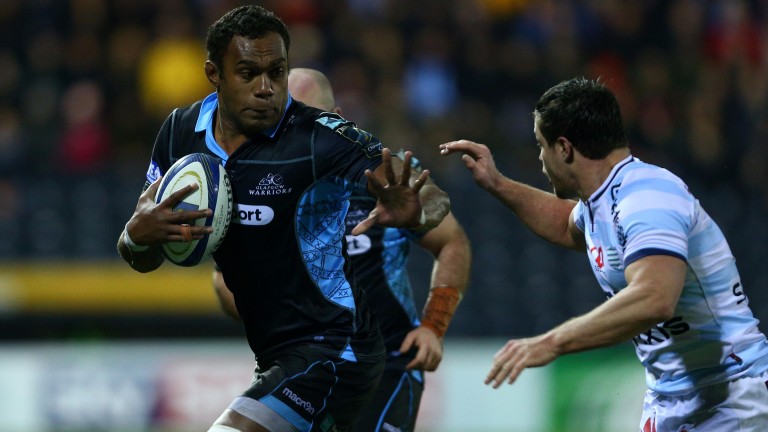 Glasgow's 23-14 European Champions Cup triumph over Racing 92 in Paris last weekend was hailed as the victory of the round, but in hindsight there’s a case for saying it was a result they have been building towards for some time.

Racing, champions of France and last year’s beaten finalists in this tournament, were 15-point favourites for part one of the Pool One double-header and took a 7-0 lead.

But the ferocity of the Warriors’ defence and their attacking flair were key factors in turning the tie around and Glasgow are now in a postion to threaten Munster’s lead while Racing are without a point.

Last season the Paris outfit travelled to Scotstoun for the final pool match and were beaten 22-5, but they had already qualified comfortable for the quarter-finals and struggled to put their opponents under any pressure.

It ought to be too early in the campaign to believe Racing will be similarly lifeless with any realistic chance of qualifying gone, but there is no doubt the home side go into this clash with the greater determination and motivation.

In past seasons Glasgow have shown themselves capable of claiming one-off victories, and their opening victory against Leicester this season could easily be put in that pigeon-hole.

They followed that with defeat at Munster on an emotional day when no one could have withstood the Red Army, but then last week’s victory in Paris suggests they may be on the way to finding some consistency.

Racing have never fully convinced on the road, and even last season when they made it to the final and qualified from their pool as second seeds, they won their first pool away match at Scarlets but drew with Northampton and lost to Glasgow.

In all they have won six of their 19 away matches in Europe’s premier competition, although they have drawn three times, once in each of the last three seasons.

Glasgow definitely have their tails up and that can help them put in another huge defensive shift to take a crucial narrow win.

Racing 92 coach Laurent Labit has made a few changes to his team, notably in the forwards, and one interesting switch is that former Glasgow Warrior Leone Nakarawa moves from the second row to number eight.

The Fijian sevens star is a proven tryscorer and the greater freedom at the back of the ruck should bring scoring chances.