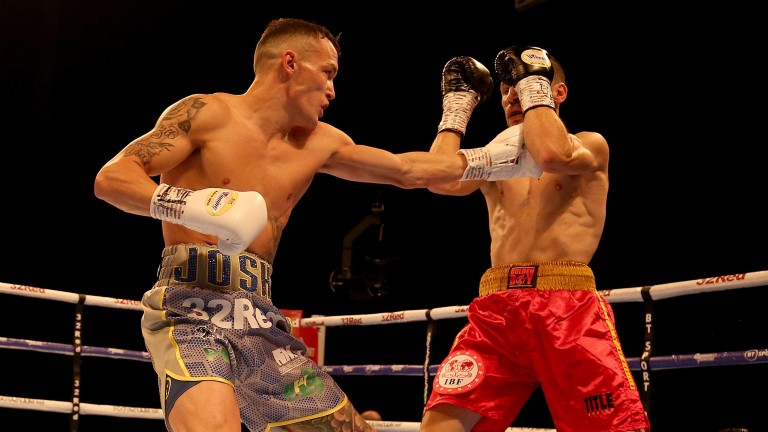 Josh Warrington is the main event on British boxing’s return and the Leeds Warrior is well fancied to mark his reappearance with a win.

Warrington is unbeaten in a 30-fight professional career, but he has decided to vacate the IBF world featherweight title that he won when defeating Lee Selby in 2018.

The Leeds fighter is chasing a world-title bout against China's Xu Can and he will no doubt be keen to put on a show against Mauricio Lara at Wembley Arena.

However, it's hard to find a punting edge given Warrington is a 1-14 shot.

Joe Smith Jr tackles Maksim Vlasov for the vacant WBO world lightweight belt in Las Vegas and while it’s an interesting clash, it's fair to say that it’s a step down from elite level, despite the title on the line.

One fight that does make appeal is Leigh Wood’s clash against Reece Mould on the Wembley undercard.

Wood looked to be a fighter going places before his defeat to Jazza Dickens in the Golden Contract competition.

However, Dickens is a fighter capable of mixing it at world level, and the Merseyside man went on to beat the talented Ryan Walsh and is now in line to face Kid Galahad for the title Warrington vacated.

Mould brings an unbeaten 13-fight record, and clearly has ability given that he is the current English featherweight champion.

However, the Doncaster dueller is untested at this level and there looks to be plenty of upside to backing Wood to win by stoppage.