Warrington to continue on the comeback trail

Wolves can prevail in Trinity clash 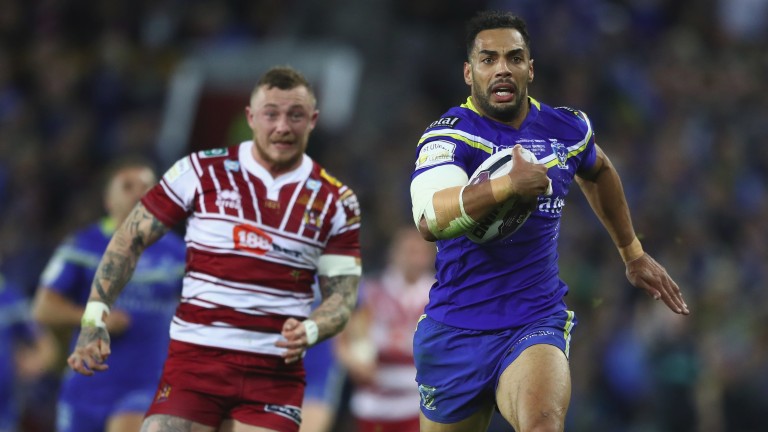 Warrington’s start to Super League XXII was the stuff of nightmares but now there are signs of the green shoots of recovery at the Halliwell Jones Stadium.

Having made their worst start since Tony Smith took over as coach in 2009, the Wolves have won their last three matches and bookmakers make them 1-3 to extend that sequence at home to Wakefield.

Warrington haven’t abandoned hopes of challenging for Grand Final glory and are now 20-1 to win at Old Trafford in October having been as big as 33s before their revival started.

Trinity’s ambitions are more modest. A top-eight finish to secure Super League survival for another season is their bottom line and five wins from ten games have put Chris Chester’s men on course.

Three of Wakefield’s five losses have come by a dozen points or fewer, including the 16-10 Easter Monday defeat by Wigan, and it may be worth backing the visitors to go down narrowly again.

Warrington’s hat-trick of wins have come by two, nine and 11 points against Huddersfield, Widnes and Leeds, so the 9-4 on offer about a home win by one to 12 points is a tempting proposition.

The Wolves may be helped by the return of playmaker Kevin Brown and strike players Ryan Atkins and Matty Russell but Tony Smith’s troops could still have to work hard for the two points.

It could also be a tight tussle in the Ladbrokes Challenge Cup tie between Leigh and Championship pacesetters Hull KR.

The Centurions’ promotion to the Betfred Super League last autumn came at Rovers’ expense which should add further spice to a fascinating tie.

Rovers coach Tim Sheens rested most of his top players for the Easter Monday jaunt to Toulouse to keep them fresh for the trip to Leigh Sports Village and eight players will return.

Leigh look vulnerable favourites having lost their last four games – three of them at home – and backing the visitors with a 12-point handicap start makes some appeal. The 3-1 about Rovers winning can certainly be considered too.