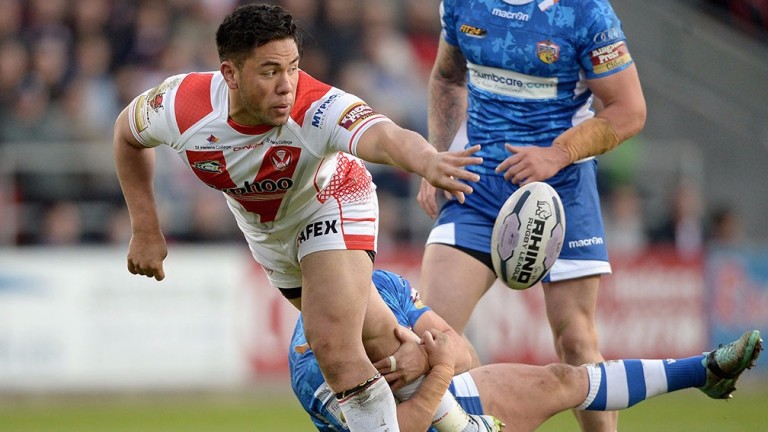 The arrival of Andre Savelio at Warrington should prove a boost for the Wolves
Getty Images
1 of 1
By Rod Studd 7:55PM, FEB 10 2017

Catalans finished the last Super League season in feeble fashion and Warrington are worth backing to ensure 2017 starts in the worst possible way for the Dragons at the Stade Gilbert Brutus.

The French side’s run of 11 defeats in 13 matches to close 2016 included two losses to tonight’s opponents and there seems little reason to expect a reversal in that form.

The Dragons’ late-season collapse turned a near-certain top-four spot into a sixth-placed finish and since then there has been a clearout of big-name players.

To add to Catalans’ problems, it was reported yesterday that Tony Gigot will be banned for this opener after “an inappropriate exchange with a French anti-doping official”. Gigot’s test was negative and he plans to appeal.

Warrington’s preparations have been hampered by a hamstring injury to new signing Kevin Brown.

However, Dec Patton is an able deputy and the arrivals of Mike Cooper, Andre Savelio and Dom Crosby will help offset the absence of Chris Hill in the pack for the first time in 84 games.

Tony Smith’s team have triumphed on four of their last five trips to the south of France and they are fairly priced to take advantage of the home side’s troubles and improve on that impressive record.

As in previous seasons, Warriors boss Shaun Wane has made it quite clear that his team’s early-season focus is the World Club Challenge – the clash with Cronulla is just eight days away.

In the last two years, Wigan’s games prior to the showdown with Australian opposition have produced a draw and wins by five, six and eight points and they haven’t beaten the Red Devils by a double-digit margin in any of their last four clashes.