Daredevils unlikely to contain Aussie ace and Hyderbad side 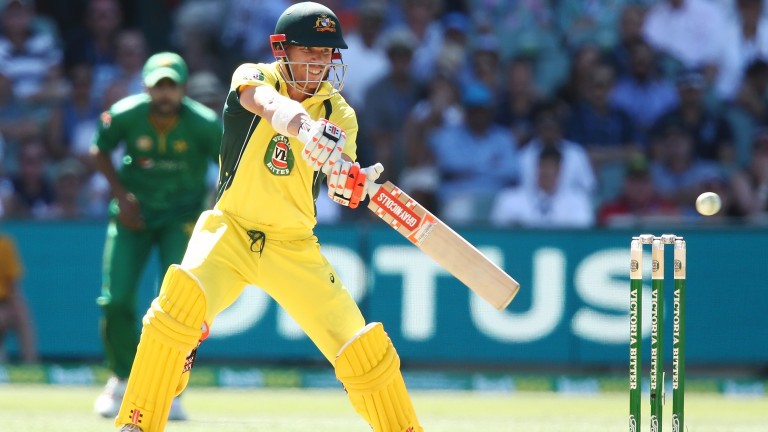 Aussie ace David Warner was in blistering for the Sunrisers on Sunday
Getty Images
1 of 1
By James Milton 7:58PM, MAY 1 2017

David Warner powered his Hyderabad Sunrisers side to a terrific win over high-flying Kolkata on Sunday and they should be too strong for the IPL’s bottom side Delhi Daredevils.

Warner smashed an amazing 126 off 59 balls against Kolkata, on the same day that Delhi were bowled out for 69 in a humiliating ten-wicket defeat to Kings XI.

The best that can be said of that performance is that it shouldn’t have taken too much out of the Delhi players as Kings XI required only 7.5 overs to reach their victory target.

Another limp batting display from the Daredevils could prove costly as Warner, Shikhar Dhawan and Kane Williamson are one of the most formidable top threes in the competition and the Sunrisers are worth backing to deepen Delhi’s gloom.

There are five matches in the One-Day Cup and Somerset look the pick of the coupon to claim a third straight win when they host Kent.

Roelof van der Merwe’s remarkable unbeaten 165 helped the Cidermen recover from 22-5 to chase down 291 against Surrey in their opening game while South Africa’s Dean Elgar made a classy 131 to set up Sunday’s Duckworth-Lewis win at Sussex.

Steven Davies, Jim Allenby, Peter Trego and James Hildreth are yet to show their quality in this competition but they could outclass a Kent side who were comfortably beaten by Hampshire in their first outing.

Surrey are 4-5 to beat Essex at The Oval in the South Group and Nottinghamshire, under pressure after losing their first two games, are the same price at Derbyshire.