Warner can show the way for the Sunrisers 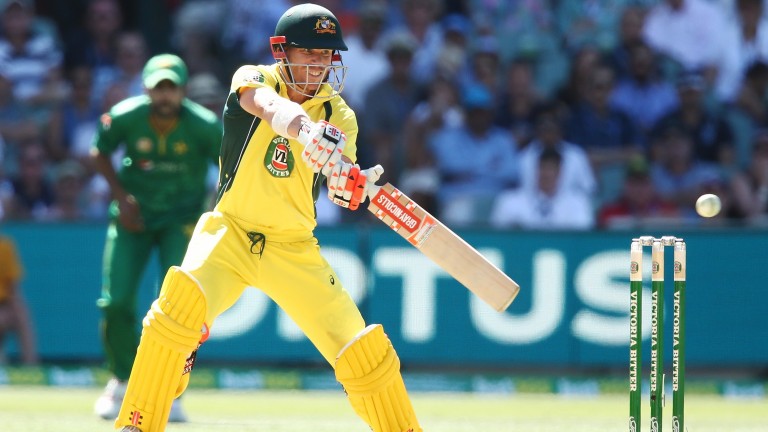 David Warner cuts on the way to an ODI century for Australia against Pakistan
Getty Images
1 of 1
By Max Oram 10:50PM, APR 4 2017

Batting is frequently tricky in the early overs at the Rajiv Gandhi Stadium in Hyderabad but Sunrisers skipper-opener David Warner still looks worth a bet to hit a 50 in game one of the IPL season, a repeat of last year’s final against Royal Challengers Bangalore.

Warner loves batting against the Royal Challengers’ bowlers. He is looking to make an eighth straight 50 against them.

In last year’s Bangalore final Warner walloped 69 of 38 balls and in the league stages he made 58 off 25 balls in defeat at the M Chinnaswamy Stadium and 92 off 50 balls when the Sunrisers won by 15 runs in Hyderabad.

Warner is acclimatised to India after Australia’s recent Test series, while he finished the home season with back-to-back ODI tons.

Bangalore’s hopes of revenge appear to be hit by injuries to superstars Virat Kohli and AB de Villiers and Chris Gayle was not at his whirlwind best in the recent Pakistan Super League.

However, the side batting second have won 16 of the last 23 in Hyderabad, so 8-11 about the Sunrisers looks too short.