Wallace can be a star against the Texans

Houston may have a problem out wide 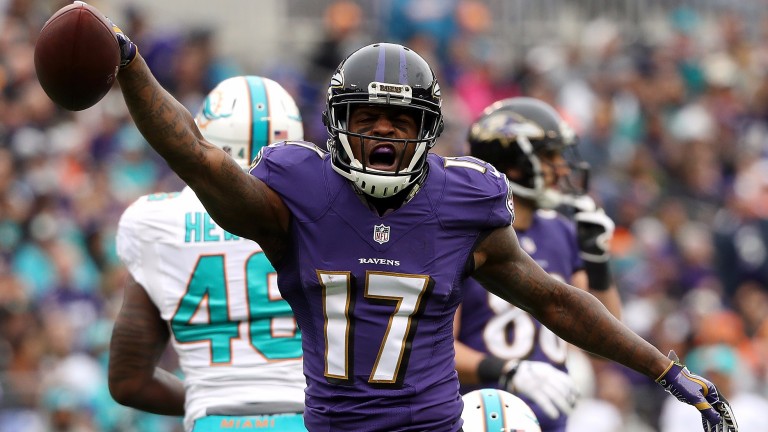 Houston got back on the winning trail with a 31-21 success over Arizona last week, but it is difficult to see them fighting their way into the playoff picture.

The problem is that while quarterback Tom Savage will have had his confidence boosted by their victory over the Cardinals, he just does not possess the dynamism of DeShaun Watson, who was beginning to look like a rookie-of-the-year candidate before being struck down by a serious knee injury.

Their playoff hopes have probably collapsed with him as their 4-6 record leaves them with ground to make up on Tennessee and Jacksonville in the AFC South race, so it could soon be a case of reflecting on what might have been.

That are clearly still capable of performing well, though, as they have scored more than 30 points in four of their last six matches. The problem has been that they have won only two of those encounters.

Baltimore may also be destined to look back on lost opportunities.

They have earned shutouts against Miami and Green Bay in their last three outings but narrow defeats to Chicago and Tennessee could come back to bite them in what looks a forlorn task in reeling arch-AFC North rivals Pittsburgh back into view.

However, it is no surprise to see them chalked up as seven-point favourites to beat the Texans, who have struggled defensively as well.

Their divisional rivals Indianapolis were the only team in the AFC to have conceded more points than the Texans and they have been particularly vulnerable to wide receivers in recent weeks.

Houston have conceded a total of eight touchdowns in their last four matches and that statistic will be music to the ears of Baltimore's Mike Wallace, who has crossed the line in their last two matches against the Titans and the Packers.

Team news
Houston
Wide receiver Will Fuller has been struggling with a rib injury, while running back Alfred Blue (hamstring), wide receiver DeAndre Hopkins, defenseive end Jadaveon Clowney and cornerback Kevin Johnson have all been limited in practice this week.
Baltimore
Left tackle Ronnie Stanley (concussion) and right tackle Austin Howard (knee) are both fit but linebacker CJ Mosley has been struggling with an ankle injury.

Key stat
The points total has gone under in four of the last five meetings.