England pay for indiscipline in tight contest with Wales 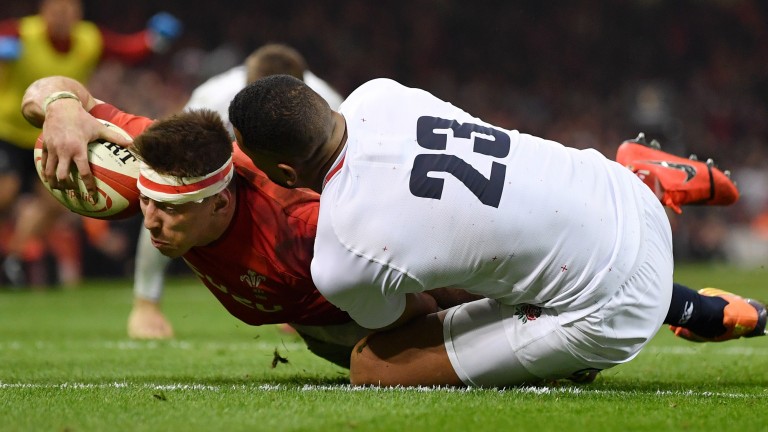 Josh Adams touches down for the second Wales try to seal victory over England
Dan Mullan
1 of 1
By Graham Woods UPDATED 2:50PM, FEB 24 2019

A promising start from England resulted in a first try for flanker Tom Curry. But generally expectations of a cagey, close-fought clash were met and England led 10-3 at the break.

Indiscipline cost England in the third quarter as Gareth Anscombe added two penalties to bring the gap down to a single point. Wales grew in confidence to carve out two tries in the final 15 minutes from relentless attacks.

"I look back on England in the last few years. When it's really mattered, I've questioned whether they can win these big games.

"We've had a record of being pretty good in them. We're in a good position because the media were all talking England up, saying there was going to be 15 points in it.

"We knew exactly where we were, and I said to the players they had no idea what animal was turning up this week, but we did."

"It was one of those nip-and-tuck games and it's a game of small margins.

"We let ourselves down in a couple of areas, they beat us in the air and the penalty count was strongly against us.

"That gave them the chance to build field position and score points, and that's what happened.

"A few of our players were a bit off and that happens sometimes. Full credit to Wales, they played very well and deserved the victory."

Wales are top of the table but still 2-1 for the title as they face tough fixtures away to Scotland and at home to Ireland. They are two-point favourites at Murrayfield but underdogs by the same margin for the final clash.

England, by contrast, are left with home clashes against Italy and Scotland and are long odds-on for both.