England may have the edge over disjointed Welsh in Cardiff 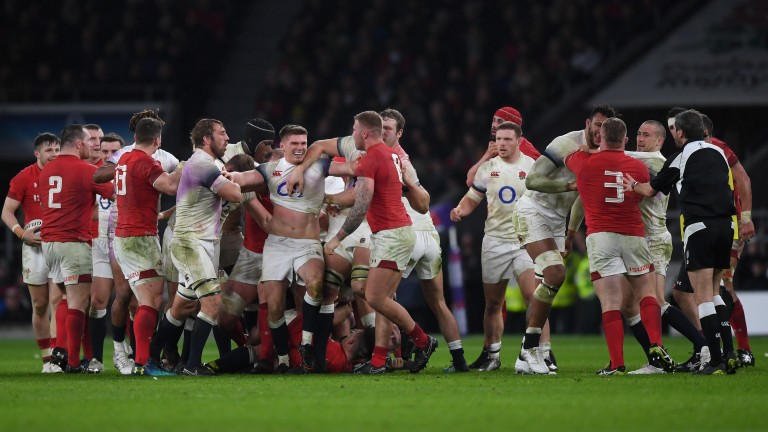 The match that marks the midway stage of the 2019 Six Nations championship has been billed as a Grand Slam eliminator but although Wales and England boast identical records of two wins from two, they have reached that goal in very different manners.

England have downed champions Ireland in Dublin and blown away France at Twickenham, running in a total of ten tries. Wales, in contrast, needed to fight back from 16-0 down in France, benefiting from a series of errors, and then struggled to overcome Italy.

Wales coach Warren Gatland showed he has at least one eye on the World Cup by making ten changes to his team to run out in Rome, and only four starters from that side have retained their places.

But Gatland is also a master at managing situations and he will have been building up to this fixture with meticulous detail.

Opening up with away fixtures against France and Italy provided the chance for them to stay on in the south of France for the week between the fixtures and create the kind of tour atmosphere they will go through at the World Cup. But it also gives them an opportunity to come back to Wales, draw a line under two unconvincing performances and start again with a first home clash against England.

The disjointed nature of their performances must be a concern to the Wales backroom even given the multiple changes. Gareth Anscombe didn’t entirely convince at fly-half in Paris but is restored to the starting line-up having given way to Dan Biggar in the second half against France and from the off against Italy. And their line-out has misfired badly in both matches, losing three out of seven on their own ball against France and four of 13 to Italy.

So form is on England’s side and so is the evidence of recent meetings. England have won the last four clashes, and six of the last seven. But Wales have won the two biggest showdowns in recent years - at the 2015 Rugby World Cup and the 2013 title-decider - and Gatland has a knack of getting it right on the night.

And while England have had the edge in recent meetings, the encounters have been close. Seven of last the last eight Six Nations matches between these old foes have been settled by fewer than 12 points and none of the last five Cardiff meetings has featured more than three tries.

England’s successes this year have largely been down to their intense physical approach and their kicking game - half of their ten tries in two matches have come from kick-chases.

A physical contest is always in the offing in this fixture and England are without first-choice front-five forwards Mako Vunipola and Maro Itoje, while it is also asking a lot of the players to compete with such intensity week after week. And Wales will be well warned of the threat of England’s kicking game and have British & Irish Lions full-back Liam Williams in their ranks to deal with it.

It’s tempting to get with Wales on the handicap but they have yet to put in a complete performance this year and they will need to be right on top of their game for 80 minutes and beyond to gain a win. Another hard-fought contest looks to be on the cards but England are the value to edge it.