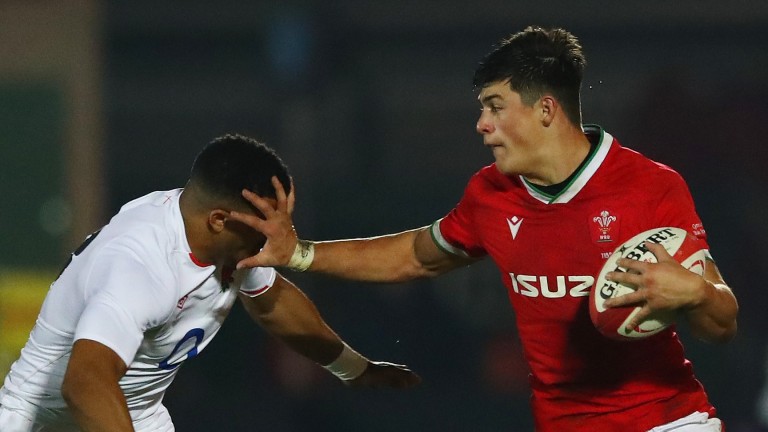 All that matters is winning, not how you do it, and Wales can carry that winning feeling from the first two rounds into their clash with England at the Principality Stadium.

Wales have had the advantage of a red card to an opposition player in both of their games but that won’t bother them as they prepare to face an England team who have been far from convincing themselves.

It’s a fixture Wales always raise themselves for anyway, and a team who thrive on confidence and have a habit of growing into tournaments can put in their best display of the year on Saturday.

The teams met just last November in the Autumn Nations Cup, when England came away from Llanelli with a 24-13 victory. It was a disappointing result for Wales but one that came in the middle of a run of defeats as the side coped with absences plus the demands of getting to grips with new coach Wayne Pivac.

It was nonetheless their best performance of the tournament, and it’s telling that only six players from the Wales side that day start this Six Nations match while England have 12 in their line-up.

England coach Eddie Jones is sticking with the core of his team that are yet to get into gear this year. Jamie George returns at hooker having been dropped against Italy but Owen Farrell carries on at inside centre despite criticisms of his performance and a lack of attacking spark against the Azzurri.

Courtney Lawes is injured so Mark Wilson comes in at flanker and a split of six forwards and two backs on the bench underlines Jones’s emphasis on physicality as the route one to overcome their rivals.

Wales have always shown themselves to be up for the fight though.

Nine of the last ten Six Nations meetings between these two have been decided by no more than 12 points - the exception was the 2013 title-decider when Wales put in a hugely physical display and blew England away 30-3 - and there were also only three points in it when Wales won at Twickenham in the 2015 Rugby World Cup.

Since the start of the 2015 Six Nations Wales have played 29 games in the tournament and suffered ten defeats. Seven of those were by less than ten points and that included three reverses against England, one by four points and two by five.

There are plenty of players in the Wales team able to draw on their experience in those games - six of Saturday’s starting line-up started that title-decider in 2013 - and Pivac has mixed it up with exciting young talents Kieran Hardy, who starts at scrum-half, and winger Louis Rees-Zammit, who has scored three tries in two starts this year.

This is a huge match for both teams and in the end it will be all about winning, so expect a physical, close-quarters battle and a tight margin either way after 80 minutes.