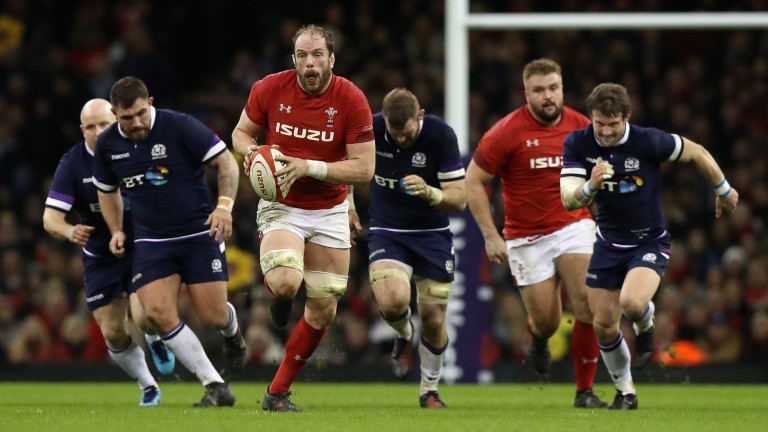 Alun-Wyn Jones and the Wales pack were too strong for Scotland in the Six Nations
David Rogers
1 of 1
By Graham Woods 8:00PM, NOV 2 2018

Many pundits have debated the worth of staging matches between northern hemisphere nations in the autumn, and outside the official Test window when non-home based players are unavailable to boot.

But Wales have named a strong team for their clash with Scotland in Cardiff and head coach Warren Gatland looks to be targeting a successful November campaign as he goes into his final year in the job with the World Cup at the end of it.

Wales have notoriously underperformed in the autumn against southern hemisphere teams, but this clash gives them a chance to hit the ground running and Gatland and his team will no doubt have fired up the players to seize the chance.

Gatland is missing first-choice fly-half Dan Biggar of Northampton, but Gareth Anscombe, who takes over the number ten shirt, has been in outstanding form this season and may well have been an experimental pick for this match anyway.

Scotland have a strong line-up but half-back pairing Finn Russell and Greig Laidlaw both ply their trade in France so Adam Hastings steps in. And he may struggle for decent ball to work with as his pack take on a formidable Welsh front five who were utterly dominant in their 34-7 Six Nations victory over a strongly fancied Scottish side.