Wales have the attacking resources to battle to the end 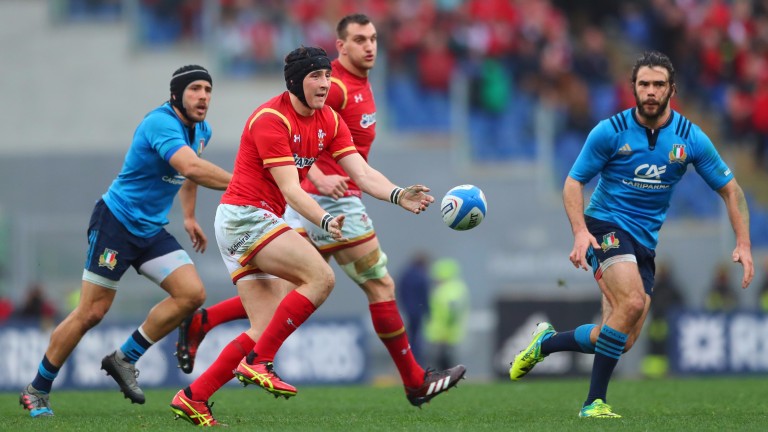 The mind games have been in full swing in the week leading up to this huge clash at the Principality Stadium and there are plenty of puzzles for punters to get their heads round too.

England coach Eddie Jones has made a big play of his side’s “horrendous record” in Cardiff when in fact honours have been even in the Six Nations, while he strung Wales along all week suggesting he wasn’t bothered if the roof is open or shut, then left it to the last moment to veto the Welsh bid to have it closed.

The main focus for opposite number Rob Howley has been selection as injuries and the contrast in Wales’s first and second-half performances left him with his own conundrums. The Welsh attacking game was so much more effective against Italy when Sam Davies came on at fly-half but despite picking up a rib injury in that game Dan Biggar is still preferred in the number ten role.

Wales were the one team who managed to unlock England’s defence in last year’s tournament, scoring three tries in their defeat at Twickenham against a nation who shipped only four in the whole campaign. But the decision to start the more experienced Biggar looks sensible given that Davies can make an impact off the bench, as can possibly their most influential player, powerful ball-carrying number eight Toby Faletau.

Howley has also switched his front row after starting props Nicky Smith and Samson Lee came off second-best in Italy, and again that looks a smart move against a strong England scrum.

England looked well below the standards they set last year in their opening performance against France, and although some of it will be down to rust and a lack of familiarity among the players, it was clear they were missing some of their big names.

Billy Vunipola and Chris Robshaw are the biggest losses, and with James Haskell only fit enough to make the bench, the starting back row is short of experience.

England's superior fitness was a big factor in their come-from-behind win over Les Bleus, and they injected plenty of pace into the game late on when Danny Care came off the bench at scrum-half. But that is unlikely to prove such a key advantage against the Welsh, who have proved to be the stronger finishers in past clashes.

England have had the better of recent meetings, winning four out of five, but in that one Welsh victory - in the Rugby World Cup - Wales fought back from 25-18 down with ten minutes to go to win 28-25, while at Twickenham last year Wales were trailing 19-0 early in the second half before fighting back in a 25-21 defeat. And even in their landmark 30-3 success over England to seal the 2013 title, the half-time score was 9-3.

This looks set to be tight and hard-fought. England will be keen to atone for their below-par showing last week and may come out firing, but Wales have the attacking tools to claim the winning scores by the end.