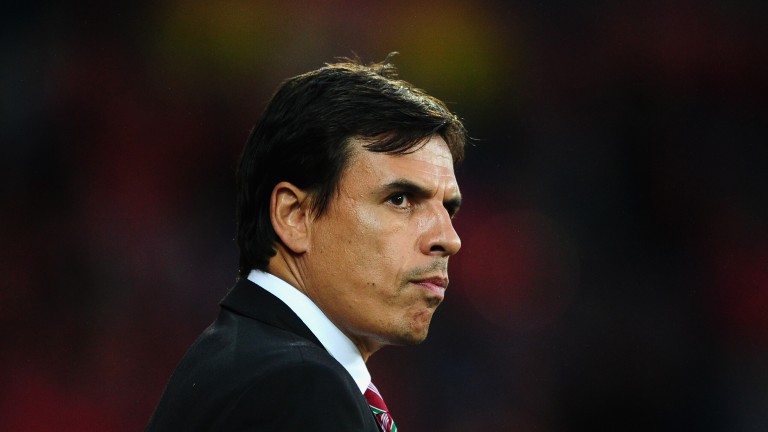 Ryan Giggs was the early favourite to succeed Bob Bradley as Swansea manager but he was friendless in the betting yesterday, drifting to 12-1 to take charge of the struggling Swans.

Chris Coleman was far more popular with punters and the Wales manager was a top price 6-4 with Coral last night.

There was also support for Gary Rowett, surprisingly sacked by Sky Bet Championship club Birmingham earlier this month. The former Burton boss was 7-2 with bet365 and Betfair but as short as 7-4 elsewhere.

Rowett had started the day as an 8-1 chance to join the Welsh club, who are 8-13 to be relegated from the Premier League after losing seven of their 11 games under Bradley.

Alan Pardew, dismissed by Crystal Palace just before Christmas, is also prominent in the betting along with former England manager Roy Hodgson and Harry Redknapp.

Palace winger Wilfried Zaha, who featured in two friendlies for England, has been named in the provisional Ivory Coast squad for the Africa Cup of Nations, which starts in Gabon on January 14.

Bottom club Rotherham are 2-1 to win their Sky Bet Championship home game against Burton, who have fitness doubts over Jamie Ward, Kyle McFadzean, Ben Turner, Will Miller and Hamza Choudhury.