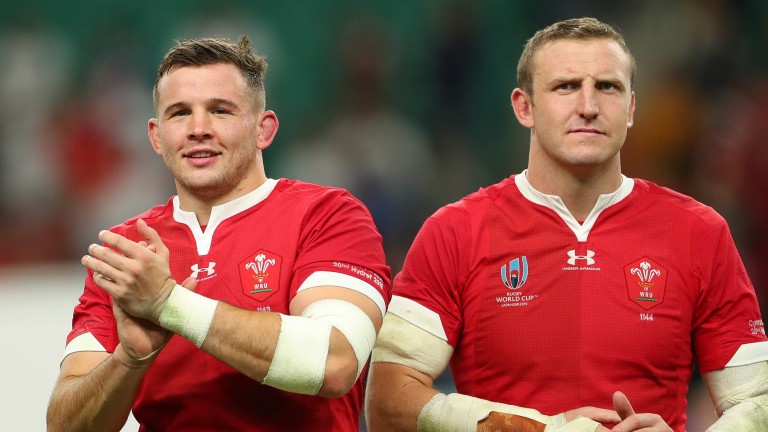 You have got to be in it to win it and Wales, having just about survived an almighty scare to scrape past France in the World Cup quarter-finals, are 9-1 shots to lift the trophy.

Wales, who will meet South Africa in the semi-finals, completed their biggest comeback at a World Cup to overturn a 12-point deficit and win 20-19 as a dramatic late try from Ross Moriarty finally saw off 14-man France.

Warren Gatland's side will need to improve significantly if they are to win the World Cup and getting past South Africa promises to be a tall order.

The Welsh looked to be on their way out at the quarter-final stage until a moment of madness from French lock Sebastien Vahaamahina, who was rightly dismissed for a disgusting elbow on Aaron Wainwright, offered them a route back into the match.

Wales are seven-point underdogs against South Africa but they could be boosted by the return of Jonathan Davies. The 31-year-old centre missed the French triumph due to a knee injury having initially been named in the team.

South Africa, 2-5 to beat Wales in 80 minutes and 100-30 to win the World Cup, covered the handicap against hosts Japan to triumph 26-3 in Sunday's other quarter-final.

The Springboks led only 5-3 at half-time in Tokyo but the Brave Blossoms were eventually overwhelmed with winger Makazole Mapimpi crossing for two of South Africa's three tries.